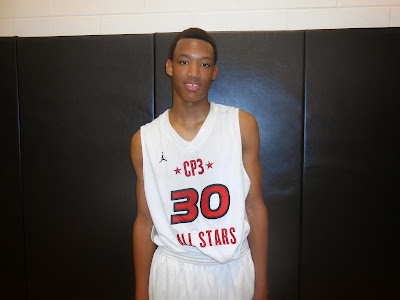 The CP 3 Invitational kicked off today and Basketball Spotlight in the building. The last game of the evening featured the 7th Grade battle of Team Takeover vs National Champion CP 3. Here’s what we saw as CP 3 pulled out the victory.

Wendell Moore Forward (CP3)
On this team Moore plays the post especially on defense but this kid is a guard no doubt. He’s so powerful with the rock but has skills and finesse in his package. He can cross you and get to the cup, bully his way through or hit a step back trey. Then when you add in that he plays with a motor on both ends of the floor, you have to say he’s the #1 player in the country. No one impacts the game as much as this kid. 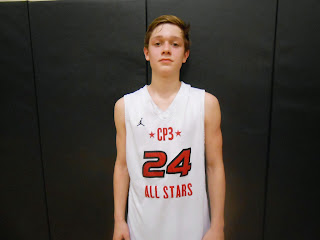 Mike Green Guard (CP3)
When Team Takeover tried to take control of the game Green pulled out his dagger. The lefty hit a huge trey to give his team the lead for good. He has been spending a lot of time developing his dribble drive game and it shows. He converted some tough finishes while showing great body control. He also hurt TTO at the charity stripe. 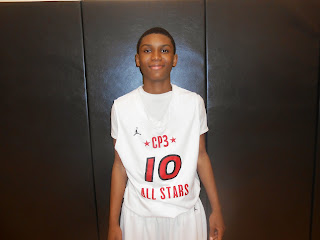 Keyshawn Langley Guard (CP3)
Langley came up big when CP3 needed him most. During the 2nd half he checked into the game and nailed back to back treys that gave the national championships the momentum. He's usually known for his point guard skills but in this one his scoring stood out. 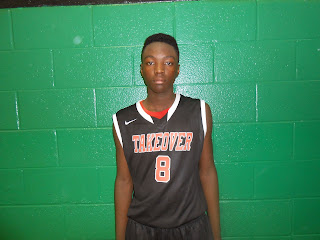 Josh Watts Guard (Team Takeover)
Watts versatility helped Team Takeover stay in the game. He gave them a big wing target on the perimeter and helped them break the press. He’s fills the lane well when running the floor like a deer. I think he has a chance to be a good wing player down the road.
Posted by basketball spotlight at 10:14 PM