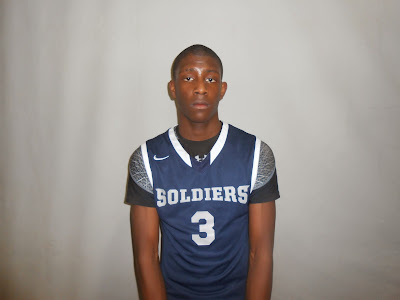 The NYBL kicked off their first session this weekend and Basketball Spotlight was in the building. Here’s our first look at the Class of 2020.

Shemar Morrow Guard (Oakland Soldiers)
Shemar Morrow wowed all in attendance with scintillating performances all weekend long; featured by a 53 point outburst versus Team Takeover out of the DMV. Many who have watched Morrow over the years have seen a player who typically doesn’t force the issues, takes advantage of his opportunities, and plays within the framework of what his club has designed. One of the only questions remaining was could he take over a game and exert his will on his opponent. All those questions were answered this weekend making him the clear number one player in this class. He exhibited both mid-range and 3-point shooting prowess; doing so off the catch and shoot as well as off the bounce. He put in yeoman’s work on the boards leading his team this category as well. Not resting on either end Morrow defended, altered, and blocked multiple shots as well as actively playing the passing lanes. Wearing the West Coast Oakland Soldiers uniform, Morrow was simply a “Straight Up Menace” to his opponents while doing anything and everything that was asked of him by his team. This kid is worth price of admission and continues to prove it every time the lights come on.

Jordan Toles Forward (Banneker Kings)
Jordan Toles who has continued to lay his claim as a top player in the 2020 class didn’t disappoint; scoring at will Toles excelled with the addition of Montez McNeil in the post. Now able to play away from the basket on both ends we were able to see the ball-handling and guard skills that with his size, athletic ability, and explosiveness have experts thinking Marcus Smart as he stuffed each and every stat sheet with blocks, steals, rebounds, assist in addition to his points. Showcasing a very consistent mid-range jumper as well as a quickly improving three ball, no one held him under 25-points all weekend long. Seizing the opportunity to play against the top competition and show that he belongs in the conversation in the 2020 class Toles took a very businesslike approach in dismantling his opponents; his motor never stopped as he played every possession like it was his last. This attitude and desire is turning this group of 2020 players into possibly one of the better classes of all-time. 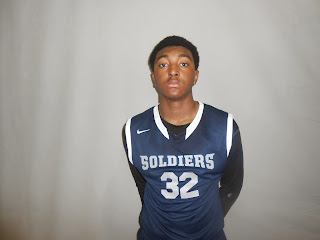 Kyree Walker Guard (Oakland Soldiers)
Kyree Walker; with big time size and range Walker is a high energy shooting guard, at 6’2 already, who can score in a variety of ways. He can get to the rim in transition or stop and knock down a pull up jumper. He has three point range and although he is streaky the defense must respect the fact that he can and will hit it. He has great basketball bloodlines - Dad is 6’10” and he is a freak of an athlete with the ability to finishes above the rim on the break. Walker punishes his opponents with his man-child size at this level. He has a college-type body with an upper body that resembles a grown man. He uses his strength and athleticism to overpower opponents inside or shot over them on the outside when challenged by guards. He can finish with the drop-step or spin move in traffic but still shows the handle to take his opponent off the dribble. When his moves on moves improve as he gets tested at higher levels and comp he will be almost impossible to stop as he WILL continue to grow without question – not only his is game top of line but his upside may be even greater then where he stands today and that’s saying a whole lot. 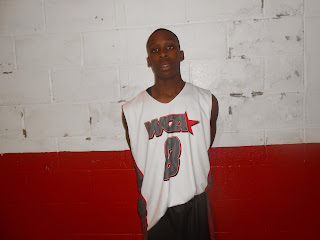 Jason Harris Forward (West Coast All Stars)
Standing 6’3 and long; Harris is scary good and he knows it. He showed great hands and can score through contact with his back to the basket or facing up. Jason controls rebounds well in his area and is an excellent passer out of the post. He moved extremely well on the screen and roll displaying out of this basketball IQ in doing so. His size, length and mobility combined with his skillset gives the essential traits to be considered and projected as one of the top prospects already. He owns the paint, blocks shots with both hands and not out of bounds – he is a one man defensive juggernaut who can start the fast break and runs the floor so well that he can catch and finish it at the other end. Harris will grow significantly more and when he does the sky is the limit – already a face of up threat off the block or short corner he can put the ball on the floor and showed an ability to shoot over opponents off the bounce! Jason Harris is flat out what any coach wants in an interior defender; he’s tough, he bangs, he believes every board belongs to him, he blocks shots and changes them in an intimidating fashion, he outlets the ball and seals the deal on the other end – and he does this while having fun and playing to the crowd. A fan favorite all weekend long; he will be a coaches favorite real soon and we aren’t talking High School. 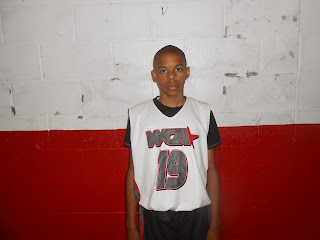 Paris Dawson Guard (West Coach All Stars )
My oh my can this kid boggie! Paris one of the best athletes in the class and definitely one of the most athletic point guards – the fastest guard in the gym from end line to end line with the ball. He has good size and build with athletic ability. Paris looks to involve teammates and passes extremely well off penetration in tight spaces. Dawson is a true floor general with great on the ball defense and excellent lateral quickness; your prototypical point guard with extremely good leadership skills. As a scorer is much more effective off penetration, the jump shot and range were also very impressive, but he cannot be contained when going to the tin. With improvement in controlling the pace and running the team he can actually become even more dangerous offensively and even harder to stop. With skills and IQ this is the type of point guard that every team wishes they had as he gives you whatever you need when you need it. His development at this position is also impressive as his focus isn’t on scoring (which he does at will) but on making those around him better and more effective. Not many think the game at this level and with the talent already present his road to success is mapped out already; widely considered one of the top players/guards on the West Coast Dawson showed he needs to be in the discussion nationally – proving it against some of the Mid-West and East Coast top players at the same position.

Zion Harmon Guard (Team Glory)
For those who previously stated the Harmon could not produce the same results playing with kids a year his senior; you were wrong – dead wrong. The 5th grade wonder boy continued to amaze onlookers by controlling the pace; taking advantage of situational match ups and destroying anyone placed in front of him in a machine like manner. Two 30+ performances in addition to 20+ points in all the other games were proof enough that this kid can do damage on any age group. His naysayers can now put to rest that this isn’t one of the nation’s premier guards and players. A prolific scorer with in the gym range; he put it all on display this weekend scoring, finishing, and facilitating. Do we get tired of writing about Harmon; do you get tired of reading? It’s so often we look for a reason to ignore, another player to stand in the spotlight – but just as on the court; Harmon will not be denied. His game continues to mature as we saw in game adjustment based on the schemes created to stop him – against height he shorten drives and moved to a more mid-range game; when defenses packed in to prevent penetration he took what was there and murdered teams from behind the arch. Pin-point passes out of double team that lead to back breaking scorers were just some of the things he does always; but not in a grade above. There is no answer for the “Lion”, not even in the NYBL.
Posted by basketball spotlight at 9:40 AM