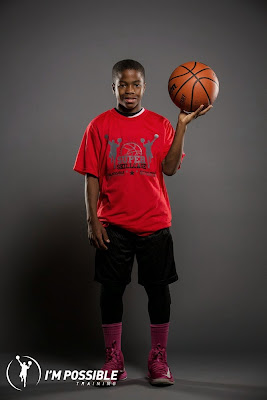 Harmon Finished As The #1 Performer For The Weekend

It was definitely a treat watching the 5th Graders go at it for the weekend. Now it’s time give you our best of the best awards and Top 10 rankings based on performance.

Best Performer- Zion Harmon, Team Glory
Yes Superman played in about 10 games this weekend and still was able to carry his team to the 5th Grade crown. Teams try everything to slow him down to no avail. He doesn’t care about the target on his back.

Best Shooter – William Margarites, M.A.D.E Elite
This kids range is when he walks into the gym. Once he squares up and sets his feet its money in the bank. Put a 3 next to his name in the books.

Best Passer - Elijah Hardy, Team Takeover
The PG seems to be born to play the position. Don’t drop your eyes when he’s leading the fast break because you might miss something very nice.

Best Floor General- Knasir McDaniel, Team Glory
Though he’s a 4th Grader there’s not many that can stop Dug getting where he wants on the floor. He keeps his head up and his eyes surveying the floor like a surgeon.

Best Playmaker – Henry Hall, Team Takeover
The big fella versatility stands out so much for a kid in this age group. He does so many things that make his team go.

Best Prospect- Erik Reynolds, Team Glory
The sky is the limit for this kid in terms of development. He’s just scratching the surface of what is ahead for him down the road.

Best Defender Trey English, Baltimore Elite
This youngster was a pest on the ball all weekend. He takes pride in playing lock down defense which is very rare these days.

Best Game Team Glory vs. Team Takeover
This rivalry is a long way from being over. Their thrilling championship game came down to the wire. I can’t wait to see these two groups tangle again. Maybe they might meet at the AC Showcase.