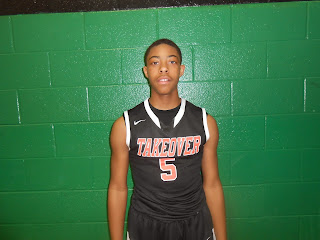 The CP 3 Invitational kicked off today and Basketball Spotlight in the building. The 7th Grade got underway this afternoon and we saw a few prospects. Here’s a breakdown of who did what.

Justin Moore Guard (Team Takeover)
Moore made an appearance with the 7th Grade group and wasted no time dominating the competition. His combines smooth moves and strong finishes. At times he seemed to be playing in slow motion but still couldn’t be contained. Moore came off the bench and tallied a solid 16 markers. If this squad can keep him on board they have a chance to go a long way. He reminds me of Corey Fisher during his high school years. 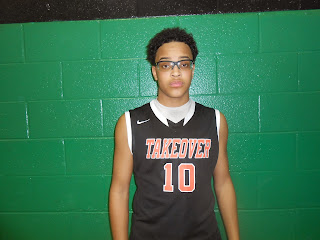 Terrence Williams Forward (Team Takeover) Williams kept his momentum going from the DMV Takeover, but this time he showed more ball handling and play making skills from the perimeter. He pulled the Team United big man away from the cup and used his quickness to skate pass him. He also gave us a taste of his face up jumper and pull up in the lane. 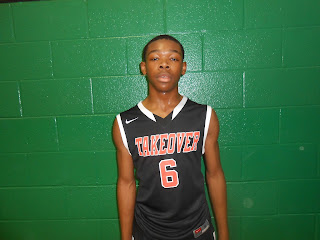 Anthony Harris Guard (Team Takeover)
Harris added to the TTO fire power with good finishes in transition, pull up jumpers from the mid- range area and hitting the three ball. Defensively he was very active on the press while helping his club collect a couple of steals. His energy helps TTO reach another level. 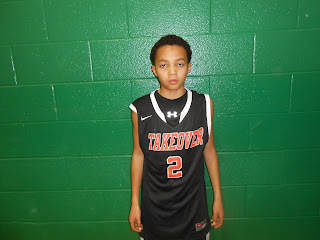 Tyler Brelsford Guard (Team Takeover)
Brelsford took full advantage of TTO added fire power. He had a ball dishing the rock to this loaded roster of scorers. He drove baseline one play and threw a left handed pass to Harris in the opposite corner for a trey ball that broke Team United back. He continues to flourish running the show. 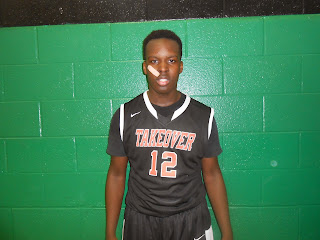 BJ Joyner Forward (Team Takeover)
Joyner did a good job playing off the weak side of Williams. The big forward runs the floor like a mack truck and looks his best when finishing off plays. He has the ability to create plays off the dribble but must pick his spots better because he over dribbles occasionally. 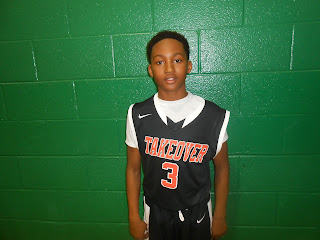 Jamir Young Guard (Team Takeover)
Young was all around the floor and contributing on both end of the floor. He got into the lane for the short floater and was pest on the press. His quickness added another weapon to the DMV top dogs. 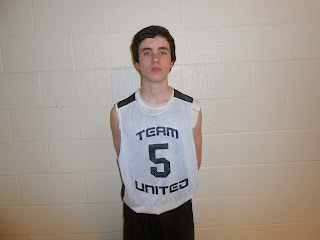 JC Tharrington Guard (Team United)
Tharrington was deadly from behind the arc and carried the torch for TU on the perimeter. The only problem was he had to handle the ball a little too much which took away from him being free on the wing. If TU can develop another ball handler JC will be able to help them even more.

Nicolas Evtinov Forward (Team United)
Nicolas is a little undersized for the power forward spot but his skills including good footwork helps him get through. He played the low post during the high/low set up with BJ Mack. Evitinov is good at sealing defenders mercilessly under the bucket before scoring. 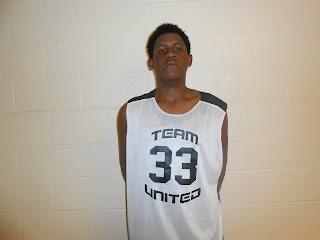 BJ Mack Forward (Team United)
I’ve read debates about this kid on different blogs and I’m here to tell you that he can play. Mack has soft touch and a good feel for the game. He spent most the day at the high post because of his touch but I think he could be more valuable on the lower blocks. In terms of improvement I think he could rebound more out of position and try harder to stay of out foul trouble. 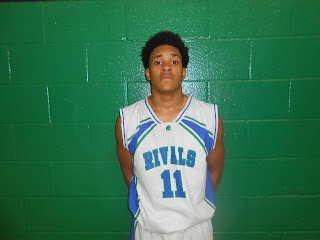 Myles Pierre Guard (Charlotte Rivals)
Pierre has been a name to know in this age group for a few years and I can see why. The strong combo guard has a polished game and the demeanor of an experienced veteran. I like his finishing ability and willingness to want the rock when the game is on the line. His strength and skills help him fight off traps and other defensive schemes.


Ford Cooper Guard (Charlotte Rivals)
The bouncy point guard brings some excitement to the game. He trickery handle opens up the lane and allows him to sneak in a floater or drop a dime. He teamed well with Pierre in their victory.
Posted by basketball spotlight at 7:19 PM