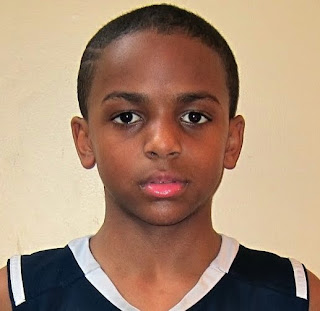 The 6th Grade Division at the Basketball Spotlight DMV Takeover had some fireworks and a great championship game. Here’s a look at the top performers from the weekend.

Justin Lykes G – Team Takeover
Lykes was a total monster in the finals, whenever MSE seemed to close the gap Lykes launched a trey bomb to widened things up. The stage was very pressure packed but he had ice veins in his body. He led the team in scoring and helped them take home the crown. Clutch play runs in his family as his older brother Chris starred for years on the Basketball Spotlight circuit.

Marquise Lopez, WG – Team Crossover Elite
One of the best athletes we have seen in some time, Lopez wowed us with his speed and ball-handling. A very confident player who carried his team during the event for stretches. A streaky shooter he is dangerous from the outside when hot; but was always a problem in the lane as his relentless attack on the paint had many scrambling to find a solution that never came. So strong in the upper body that he was able to finish through contact he was faster on the perimeter front point to point then most in the event. He also used this speed and quickness to be very disruptive on the defensive end averaging more than 4 steals per game. Freakish athletic ability with a scintillating handle and killer instinct lead us to believe we will be hearing from Marquise again in the near future.

Ishmael Leggett, G – Team Takeover
One of the most efficient scorers in all age groups, he is a flat out scoring machine. Wiry and with defenses geared to stop him, he still flourished no matter where is set up at on the court. Scoring over bigger defenders he plays the baseline like a seasoned veteran; often preferring to take the baseline drive into the defense and still finishing. His jumper may not have hit the rim all weekend long and showed ice water nerves as he hit crucial free-throws down the stretch in the championship game.

Jordan Toles, WF – MSE National Select
Jordan solidified his position as one of the top players in his class; making a strong case for the number one position. As a member of the National Select Team Toles excelled in all aspects throughout the weekend; weather he was dribbling 3 times taking it from the baseline to baseline to finish or posting in the half court he dominated for long stretches of the game. Showing 3-point range and a solid midrange game off the catch and bounce he continuously wowed the crowd. At one point everyone rose to their feet when he almost finished a breakaway with a dunk in the 6th grade age group. Jordan average 17pts and 12rebounds for the weekend leading his team to second place finish.

Canin Reynolds PG- Team Takeover
Reynolds was often scene barking heavy orders to his teammates and delivering them the ball at the correct spot. When the game got messy or out of control the tiny floor general calmed everyone down and refocused his group. His tough play on both ends of the floor proved to propel TTO to the title. The pass first point guard is definitely a throwback. 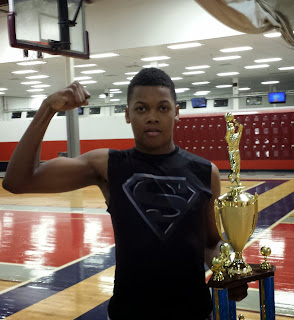 Montez McNeil, C – MSE National Select
Standing 6’3, six-grader McNeil has an old school back to the basket game that is refreshing to see. Patient enough to back his opponent down and to kick out and repost he is one of a dying breed. In a class by himself size wise he is still offensively raw – but the other aspects are right on par and scary to consider moving forward. A nasty shot blocker and rebounder he eats space in the lane; he runs well and is insanely athletic for being just 11-years old. Both parents played Division I and support McNeil in achieving his basketball goals. Strong as an ox, consider this being put on notice that M2 is officially making noise as a top prospect in the this class now and will be for years to come. Does the “S” on the chest remind to you of anyone?

Mike Forbes, F- Team Takeover
Forbes does the dirty work inside for TTO. He runs the floor hard and can finish even though he’s still developing his skills. This physical force knows how to carve out space for entry passes and for rebounding purposes. Playing with TTO will be great for his development down the road since he already has a high motor.
Posted by basketball spotlight at 1:46 PM