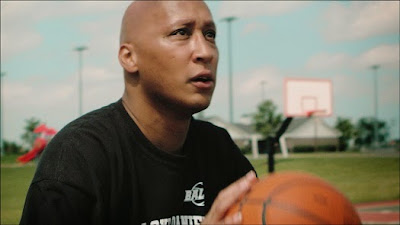 Lloyd Daniels’s unlikely rise to the NBA is the stuff that myths are made of: the most sought-after college basketball recruit of his generation, he got busted buying crack cocaine in a police sting operation, and two years later was almost killed after getting shot three times in the chest while negotiating an $8 crack deal. Yet, in spite of this, he somehow managed to make it to the NBA-- without having played a single college game, with remnants of bullets still in his body, and with years of crack addiction behind him.

This film delivers a complex portrait not only of a rare talent and his against-the-odds triumph, but also of the unique street culture that made Lloyd Daniels a “playground legend” in New York City. Along with interviews, archival footage, and current verité, we will use animated sequences to recreate that mythic talent that the young Swee’ Pea displayed in the playgrounds, to reenact the anecdotes about him narrated to us by interviewees, to express not only his charisma and charm, but also the darker side of Swee’ Pea, the unrepentant lone wolf, a hustler who, in the words of a friend, is “a rogue…he walks the face of this earth endlessly.”

Moving from the concrete to the dream and back to the concrete, we will depict a story that is completely human but also fairytale-like in its utter unlikelihood, and thereby implicitly unsettle the question that was raised about Lloyd Daniels throughout his career: is he legend or myth?

Posted by basketball spotlight at 8:38 AM