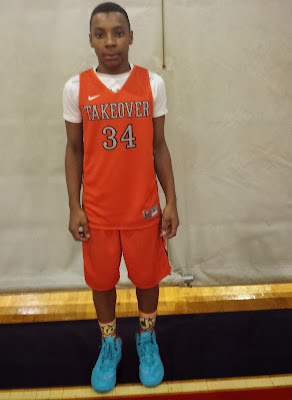 The Basketball Spotlight DMV Takeover was fantastic this past weekend and it gave us a chance to set our eyes on some new youngsters. Here’s part 2 of our look at the 5th Grade Top Performers.

Henry Hall, PG, SG, F, C – Team Takeover
The consensus overall #1 player on National Champion Team Takeover; Hall does it all for this group. He is just as likely to lead a break as he is to finish it. Just as likely to take his man off the bounce leaving him with only hopes of defending him man to man; as he is to space you with the dribble and hit from long range. Add in a very solid midrange game that includes pull ups. Hall plays the game at his pace and makes the game look easy; went up, over, and around opponents all weekend long showing very few weaknesses. A willing defender and rebounder, success has not caused Hall to work any less hard on being the best player and contributor in a multitude of areas needed by his team. Very unselfish with a sweet stroke, Hall was a joy to watch each time he took the court. 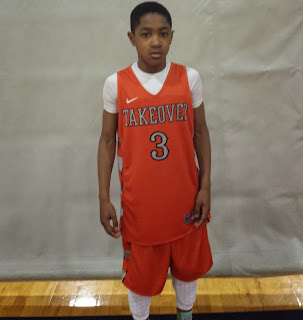 Elijah Hawkins, PG – Team Takeover
Hawkins’ motor never stopped the entire weekend. The electrifying point guard from National Champions Team Takeover plays the game baseline to baseline; getting to the paint at will where only bad things happened for opponents. A solid team; they play at another level with the ball in Hawkins hands. A new age point who scores with relentless pressure on the defense while at the same time making his teammates happy and putting them in positions for success. Solid perimeter shooter with 3-point range Elijah is a leader amongst leaders; a true floor general.

Jalen Miller, PG – Maryland Playmakers
Showed great prowess with the ball running both backcourt positions; involved his teammates the entire weekend while constantly attacking the hole. A solid 3-point shooter who scored in transition and in the mid-range area while acting as a facilitator – sometimes being a little to unselfish; a natural scorer who excelled even with defenses focused on stopping him. Team had a tough weekend but Millers skill set was obvious.

William Margaritas, SG – M.A.D.E Elite
Combo Guard with a knack for scoring from the perimeter, impressed with back to back 20 point games; last of which he scored 25 in a close loss. A solid 3pt. shooter who can spaces the floor for his team. He finds unconventional ways to score around the rim, comfortable on offense playing both guard positions and works well off of screens. Equally effective on the catch-and-shoot William can get off shots without a great deal of space; excellent with his teammates. Strong combination of aggressive play and efficiency was shown all weekend as well as him being a good free-throw shooter; handle requires more work to play out front exclusively, but work ethic indicates he will do what it takes to get to this level.

Barry Evans, WF – Baltimore Elite
Evans is a slashing scorer and good defender who makes the most of his scoring opportunities - A long and athletic swingman, Evans showed and array of offensive skills and potential all weekend long; contributing by filling lanes in transition, slashing to the rim, or pulling up in the mid-range area. As he continues to develop with his skills, he needs to become a much more assertive offensive player, learning to utilize his countless offensive tools especially in big game situations. His size and skill package make him a joy to watch and a terrific prospect for the next level. 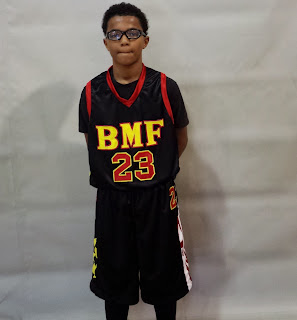 Julian Reese, C – B’More Finest
Julian is an active post player that is surprisingly skilled for his age; he loves contact and is a load in the low blocks. He is aggressive rebounding the ball on both ends of the floor. He is learning very quickly how to post up and use his size to his advantage; has excellent hands and throws a tremendous outlet pass already. Reese is an immense talent, but is far from a finished product. He has a great frame with long arms and quite a bit of bounce. He can step outside and face up and take his defender off the dribble. Loves the game and loves to compete. Comes from basketball bloodlines and will only continue to improve ~ we expect rapidly. 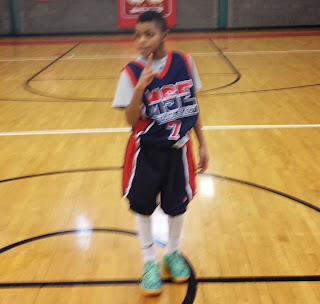 Trey English, PG – Baltimore Elite
English has all of the tools that coaches love to see in a point guard. He has great strength and size for a point. Despite very solid build, he has the quickness to penetrate past defenders and get to the rim. He also shoots the ball well, extending out to three-point line and beyond. One of the toughest all-around players in the DMV for his age, Trey makes a living as a clutch shooter, playmaker and a lockdown defender; he is fantastic on-the-ball and refuses to let his man score on him. Has a wiry frame with long arms and is extremely athletic. Could be considered a top two as well; future combo guard with a very high ceiling due to skills and competition level. 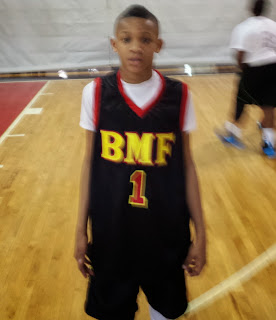 Ahmad Harrison, PG – Bmore’s Finest
Harrison did it all for Bmore’s Finest all weekend long; he handled, he scored, he defended. Long and athletic he used is size over smaller guards and out-quicked any big foolish enough to step out and try to guard him. Showing all around floor skills Harrison just looks like a basketball player; during the tournament we literally saw him play all five positions and played them well. Playing on a very well balanced team it is clear the Ahmad will be a future star being that he can score, handle, and defend to a very high level. 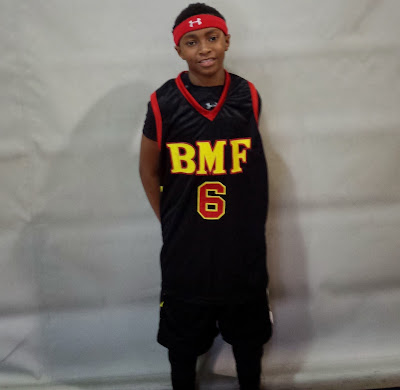 Christian Winborne, WF – Bmore’s Finest
Another one of Bmore’s Finest interchangeable parts; Winborne cleaned the glass like a big and passed like a PG, while showing an ability to beat his man one on one and finished at the cup; with a knack for creating his own shot as well as doing it for teammates; each game Christian brought something different to the table affecting the game in positive ways. Any other team Christian is a primary scorer and a dangerous one at that – with the Finest he is multi-position weapon that showed he can do whatever the game necessitates for his team’s success.
Posted by basketball spotlight at 11:27 AM