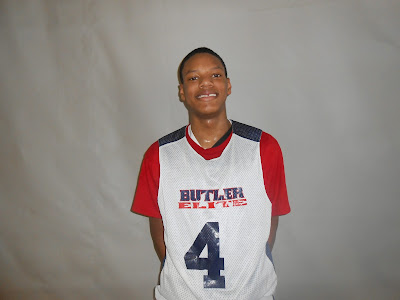 The NYBL had its first session in Districts Heights, MD and Basketball Spotlight was in the building for the action. Here’s our first look at the 7th Grade Division top performers.

Nobal Days Forward (Butler Elite)
Days started a little shaky on offense but he was able to contribute once he settled in. The 6’8 prospect is is not physically developed enough to dominate offensively on the post but on the other end he’s a problem. His length and shot blocking awareness makes him a human fly swatter. He also had a field day on the glass. His best days are ahead of him especially once he gets stronger and develops his offensive skill set. 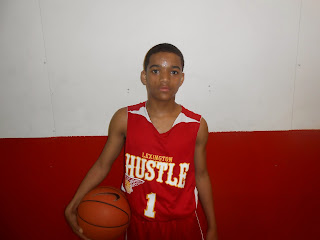 Diablo Stewart Guard (Lexington Hustle)
Diablo was the first player that caught my eye after entering the building. The pint size point guard dismantled the Charlotte Rivals with a sharp handle and serious crossover. When Stewart entered traffic he used a smooth floater or laser pass to finish off the plays. His court vision and feel for the game was top notch while his range was unbelievable. This kid was pulling treys from behind NBA range; his sweet spot was the top of the key. 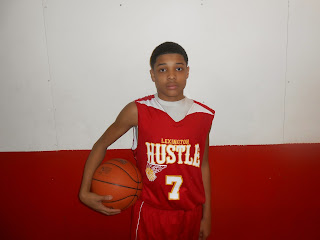 Jalen Burbage Guard (Lexington Hustle)
Speaking of a floater, Burbage has a good one his arsenal. He spent the game playing off Stewart in terms of catching and shooting. He also created his own drives to the hole. 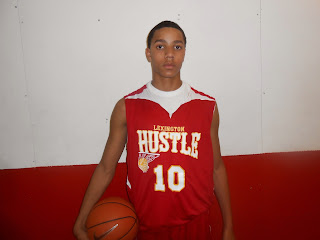 Dante Allen Forward (Lexington Hustle)
Allen gave the Hustle a spark on the boards. The energy player is very quick off his feet and athletic enough to outlast opponents. Offensively his ball handling and play making needs some fine tuning but you can’t knock his motor. 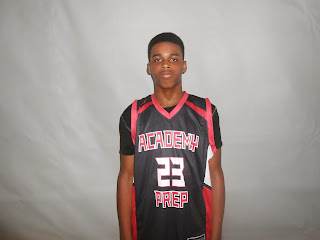 Michael Christmas Forward (Academy Prep)
Christmas can play 4 out of the 5 positions on the floor. Which means he can give you post up action; face up action, dribble drive action and deep range bombs. I love his skillset and think he was pan out as a three or maybe a two guard with hard work. He was a match-up problem for Butler Elite and others this weekend. 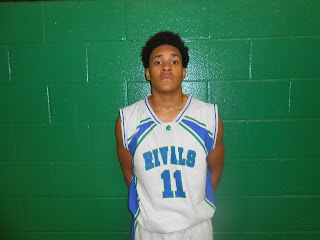 Myles Pierre Guard (Charlotte Royals)
I saw Pierre for the second weekend in a row and he had some moments. His shot beyond the arc was off but he made up for it with mid-range buckets and trips to the charity stripe. His physical brand of play causes him to get fouled frequently. He’s what they call a volume scorer. 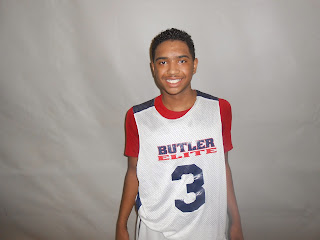 Matt Brown Guard (Butler Elite)
Brown lit up the Academy Prep squad from the perimeter. He nailed 5 treys and had a host of pull ups and finishes in transition. This kid is definitely instant offense once his hands touch the rock. He finished with 24 markers. 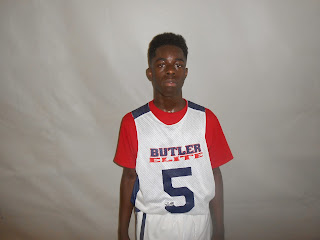 Marquise Milton Guard (Butler Elite)
Milton pushes the pill end to end Ty Lawson style. Even after made baskets he was dribbling the rock up the back of the defense. In the half court set he did a good job of picking holes to drive through and setting up teammates. He's very explsoive. 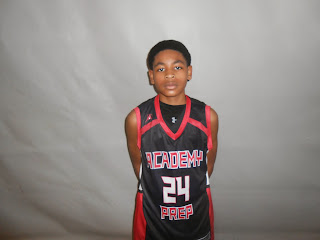 Cameron Thomas Guard (Academy Prep)
Thomas is a bouncy guard that will leak out early to get transition buckets. He has a high arching outside shot from the perimeter and naturally just possesses the knack to score. In some instances he was asked to run the show and stepped in well. 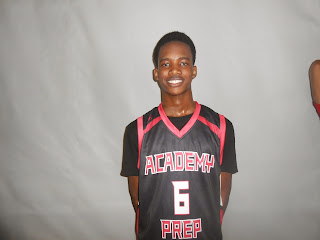 Jahvon John Forward (Academy Prep)
John is a perfect complement to Christmas because he doesn’t care about scoring. He does the dirty work like grabbing boards, playing defense and getting put backs. I like his quickness which allows him to guard multiple positions. Every team needs a player like John.
Posted by basketball spotlight at 9:22 AM