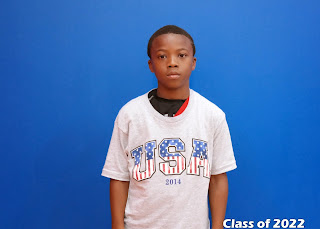 Sean Jones has all of the tools that coaches love to see in point guards. He has great strength and size for a point guard. Despite being powerfully-built, he has the quickness to penetrate past defenders and get to the rim. He also shoots the ball well, extending out to the three-point line. Quickness personified with the ball in his hands he can give you anything you want as he is a complete players. You need scoring he can operate as a scoring guard, as a stopper he can shut down the other team’s best guard, as a lead he will run your show and get his teammates involved. Bottom-line Jones’ game even at the level translates to any level already – he will continue to excel and be considered a top prospect in the country – flat out and period.

Jones is from Ohio and plays for All-Ohio Red who is a contender for the 2013 national championship. Without question Jones is one of the top players in the country in his class; having proved it on the biggest stages previously. Jones maintains a roster spot on the USA National Select team which is reserved for only the very best and talent. Jones will be in attendance August 23rd & 24th at Basketball Spotlight Future Phenom Camp in Maryland securing his position on the national boards across the country; to be the best you have to compete against the best, Jones is that player you must see and play against and this will be your chance.

Click Here If You Have Game!
Posted by basketball spotlight at 11:22 AM