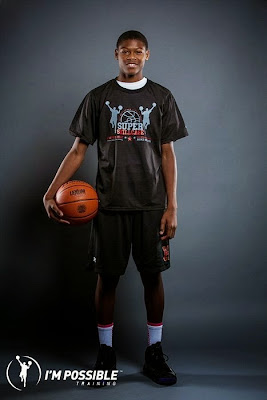 So, last week was full of studying for my final exams this week. I studied all throughout the week to prepare for the exams, and I feel very confident going in. This weekend my team played in the Memorial Day Classic in Neptune, New Jersey. The first was not very competitive; we won by 30 and mercy ruled the team. We were winning throughout the entire second game, but towards the end the opposing team made a run and started to come back; we pulled it out and won by about 10 to 15 points.

In the game against Team 12, there were lots of lead changes and the game was very competitive and came down to the wire. In the game, towards the middle of the second half I drove the basket and got fouled hard and got a bloody nose, and was out for about 5 minutes until my nose stopped bleeding. My team held their own, and when I came back narrowed the lead to one. As soon as I came back in, I drove and finished. The game ended up going into overtime. With 2 seconds left in overtime, one of my teammates fouled a jump shooter, and he made the free throws to win the game. Tough loss--Rough weekend. But that's over now.

More final exams and tonight at 7:30, I am playing the Jr. All City Classic featuring the top players from the Philadelphia area at Imhotep Charter. Time to get some buckets. Talk to y'all later. Deuces!
Posted by basketball spotlight at 8:04 AM