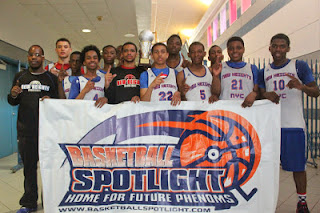 The Basketball Spotlight MDC 8th Grade Division is wide open and we are curious to see who rises to the top. Here’s a breakdown of the top 8th Grade teams that will be headed to Neptune.

New Heights: These boys are hot coming off an AC Showcase Championship and should be one of the favorites to win the Gold Ball. I only saw them once in America’s Playground so they didn’t get their individual just due. But I will be watching more this time. 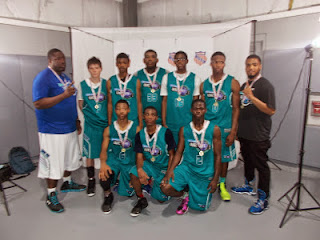 WE R 1: Speaking of being hot, the Delaware crew just won their regional title and has been collecting trophies recently. Now they will be trying to add a Gold Ball to their legacy before retiring from Basketball Spotlight.

Hoop Heaven Elite: The Tip Off Classic Champs got an unexpected early exit during the AC Showcase. Now they will be looking to crash back into the Top 10 by taking home the Gold Ball. They have enough talent and poise to get it done.

Joeys Angels: The Angels wanted to play against the big boys now they have their chance. They will be representing the Mercer County area so hopefully they are ready to go. They dive straight into the heat with a game against Team 12 of Brooklyn.

Team Twelve Watchmen: The Brooklyn Boys have been knocking on the door all year. Now it’s time for them to cash in. They will have to dig down deep as they eye a potential Sunday showdown with Team Final. 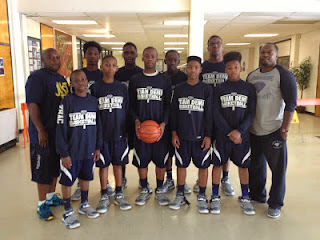 Team DEMI: The Beantown crew also has shown a lot of spunk this season but has not grabbed that banner yet. Their guard play is tremendous and they pressure you all day. Look for them to be hungry for that title.

Gym Rats: The Syracuse boys made noise this season and it would be only right for them to grab the Gold Ball. Not many teams want to face this squad because they never slow down. They are always in attack mode.

Rens: Yes, remember them? Yes they now return ready to go after the Gold Ball. They to will be searching for their first Spotlight crown of the season. Don’t be surprised if they bust through the pack.

Team Final: A great showing by this bunch will give them a chance to enter the Grand Finale through the back door. They have the talent to make a deep run. It’s just up to them to get it done. The heat is on their back! 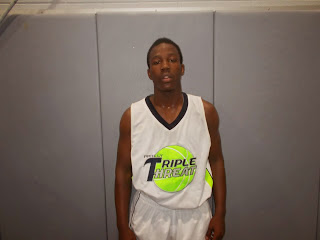 Philly Triple Threat: This group will be a tough out trust me. The ball hard and have a guard that can shoot the lights out at any time. They really impressed us when we saw them at the Mid Atlantic AAU Regionals.

Mass Shooting Stars: Something tells me this team will burst out the door during this event. They had some decent outings but wasn’t even able to put it all together. The MDC could be their place to shine.

We All In: After a subpar showing in AC the Allentown bunch could make waves at the MDC. They are definitely not a team you can sleep on. We will be keeping our eye on them.

Jersey Force: The Force will be making their Spotlight debut and have played well in tournaments leading up to this event. This will be their ultimate test because they have some serious heat in their pool. The start out against Mid Atlantic Champion We R 1.

Other To Watch For: Team 85, CBC & Jersey Shore Warriors
Posted by basketball spotlight at 12:17 PM