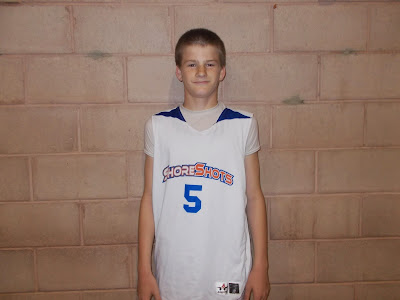 The 6th Grade Division at the Basketball Spotlight MDC was filled with new teams therefore we saw a load of fresh faces. Here’s Part 2 of our top performer report from the Class of 2020.

Charlie Gordiner Forward (NJ Shore Shots)- Charlie was hard to stop at the MDC because he has the size and the game to go with it. He’s very fundamentally sound and can score with his back to the basket, face up shot or after putting the rock on the floor. Several teams felt his wrath which included 16 points against both Team 85 and MJ Mavericks. 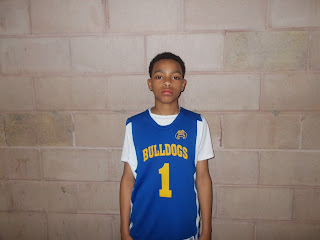 Jaquan Harris Guard (NB Bulldogs)- When Jamir “Terminator” Harris is your big brother you have huge shoes to fill and Jaquan seems to be off to a good start. The scoring guard gave us a taste of his stuff against MSU Skyliners where he lit them up for 18 markers while showing a similar stop and pop style at “The Terminator” It looks like we have another scoring machine on our hands. 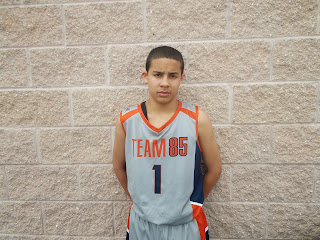 Ja-el Vega Guard (Team 85)- Vega has guard skills but with his size he also does a lot of work inside. Before you think he’s playing out of position that’s not the case. He’s just showing versatility. He’s capable of grabbing the rebound and pushing it the length of the floor for a layup or pull up jumper. 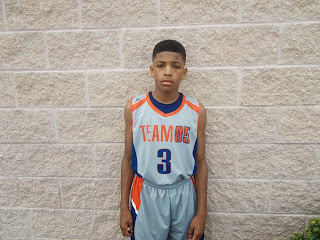 Byrce Barrow Guard (Team 85)- Barrow is another scoring guard from this team that caught my eye. He lives in transition where he uses slick moves to get by the retreating defenders. He also can step behind the arc and let one go. His best performance came against the MJ Mavericks as he scored 13 markers. 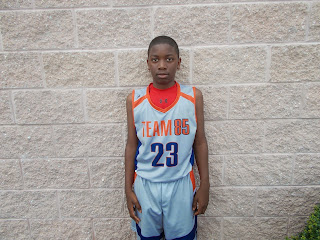 NaSeem Chew Guard (Team 85)- Chew had his moments in game two. He took his time when controlling the rock and wasn’t bashful about letting it go from deep. He’s a southpaw that is making strides to become a pure point guard. 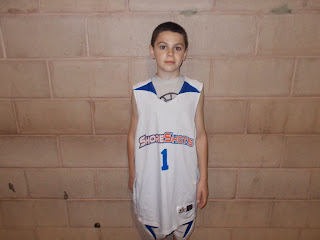 Riley McMahon Guard (NJ Shore Shots)- McMahon is a very confident guard especially when he pushing the rock in transition. He likes to put a little mustard on his passes or will stop on a dime for a floater. He’s definitely a good floater general to have with your troops. 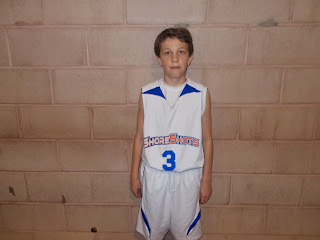 Matthew Weidman Guard (NJ Shore Shots)- Weidman has one of the best basketball IQ’s I saw this weekend. He always dribbles with his head up and usually takes care of the ball. He can also hit the deep bomb or the mid-range shot.
Posted by basketball spotlight at 2:23 PM