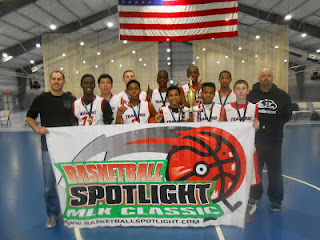 Can Someone Slowdown The Rio Express?

The 7th Grade doesn't have the same amount of teams as the 8th Grade division but things still should get very interesting. Take a look at the 7th Grade squads that will be spending the weekend with us in Neptune.

Team RIO Nationals: The Kings of the Hill come off a great NYBL weekend in Kentucky. They are the overwhelming favorite to win it all and should give us a show in the process. This loaded bunch is clicking right now. 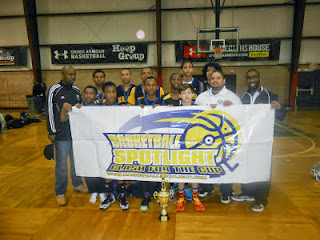 Rens: Rens are like the Clubber Lane of the bunch. They feel like they can handle “The Kings” are will come out swinging if they meet up. I haven’t seen them since the Clash so I’m anxious to watch them get busy. 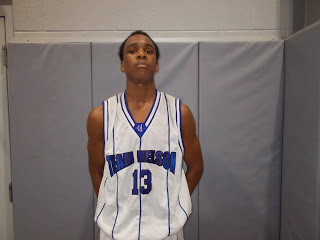 Team Nelson: The lost a heart breaker during the Mid-Atlantic finals but have a chance to redeem themselves as they face Team Final out the gate. The Grand Finale champs will be trying to claw their way back to the final four. 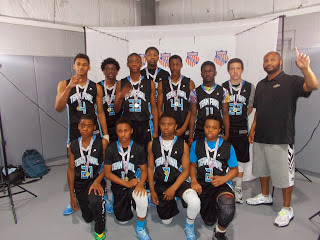 Team Final: The Mid Atlantic Champs are blazing right now and their skipper is a Coach of the Year Candidate. Now they will try to run through the comp for the Gold Ball. They definitely have a shot.

Metro Flyers: The Flyers showed some flashes in AC and are out to crash the party in Neptune. If they get on a roll they are capable of running the table. The Gold could go back to NY with them. 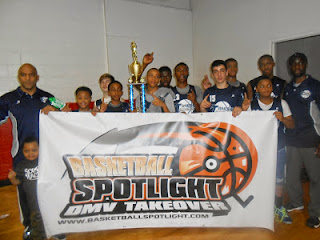 Philly Triple Threat: They have been inching for some Orange Division bump since winning the DMV Takeover Championship. So let’s see if they are ready to roll. They open up against Metro Flyers so they will be tested from the gate.

CBC: Mayweather and crew paved the way for this team to have Spotlight credibility. Now they must go out and earn theirs on the court. Welcome and hopefully they can keep the name hot.

WE R 1: Another newbie from a well-known program that enters the Orange Division. They want to see where their at and they will surely find out. This field thick.
Posted by basketball spotlight at 1:55 PM