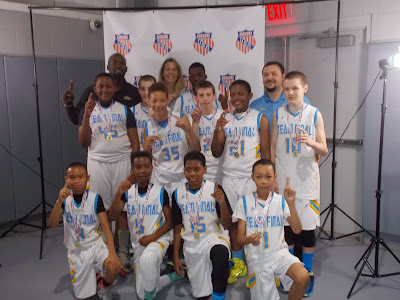 Team Final got off to a great start and didn’t look back as they defeated Philly United 57-43 to win the Mid Atlantic 5th Grade AAU Regional Championship. Congrats to both teams for a making to the championship game. 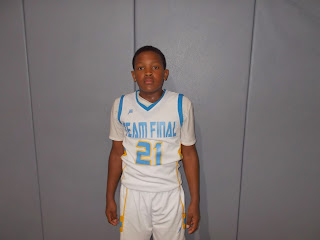 Jordan Longino Guard (Team Final)- Jordan came off the bench but was the weekends top performer in this age group. He used his powerful frame and deep crossover dribble to get anywhere on the floor. He charged the basket and scored at will with strong finishes at the rim or a nice jumper from the perimeter. The game changed into Team Finals favor each time he stepped on the floor. 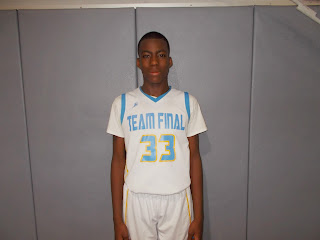 Keshon Griffen Forward (Team Final)- Griffen was a load to handle inside all weekend. He scored on the blocks, blocked shots and grabbed rebounds. He also has good touch from the charity stripe. He’s very young so he moves a little awkward and a ways to go in terms of foot work on the post. But let’s keep in mind he’s a only a 5th Grader. He looks to have a bright future. Nasir Cowan Guard (Team Final)- After a quiet semifinal, Cowan woke up in the championship. He controlled the tempo like a true floor general but he really hurt Philly United with his deep shooting. He hit 3 treys from the top of the key that broke the back of the opposition. He waited for the right time to step up. 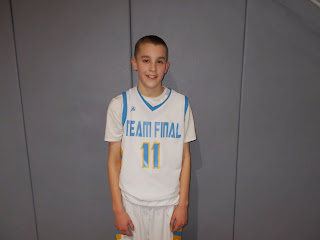 John Camden Guard (Team Final)- While Cowan was quiet in the semifinals Camden picked up the load. He flourished while running the floor and finishing off plays. He has no problem driving down the throat of the defense and initiating contact. I was impressed with his play Saturday. 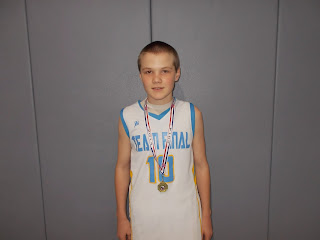 Kyle McCord Guard (Team Final)- McCord is a deadeye shooter that makes you pay when you leave him open. Logino did a good job of drawing the defense which helped Kyle get open and knock shots down. Every good team needs a shooter like McCord. 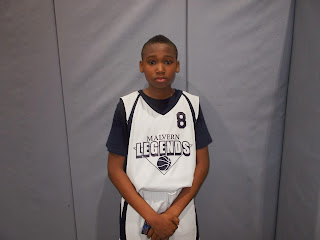 Edward Holland Guard (Malvern Legends)- Holland showed me some flashes some of the things he could do. He scored in the lane and in transition. He really surprised with his toughness and willingness to rebound. He fought through some big opponents to get to the glass. But ultimately I think he will become a two guard. 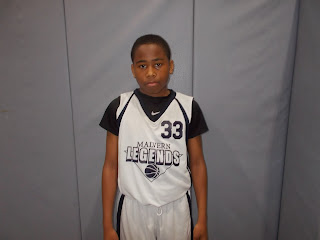 Khalil Farmer Guard (Malvern Legends)- Farmer didn’t have his best outing in front of me but it’s my job to see the talent and he’s fits the bill. I like his size and how comfortable he looks handling the ball and playing on the perimeter. He’s definitely a player that you will see more on my website. 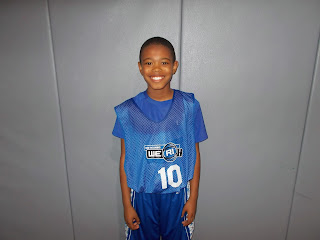 Omari Banks Guard (WE R 1)- Banks went on a scoring tear Saturday in their semifinal loss. He gave us a taste of his deep range and transition scoring. He helped his team dig out of a huge hole and make the game respectable. He finished the contest with 22 points.
Posted by basketball spotlight at 9:42 AM