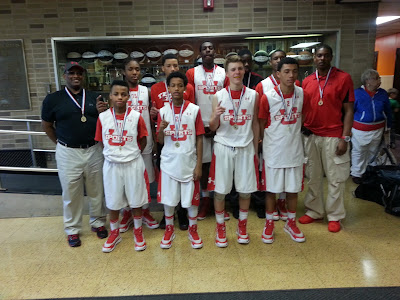 Led by Nazi Reid, the Supreme Team won the seventh grade Division I AAU New Jersey state championship. Reid scored a game-high 20 points and was a defensive terror as Team IZOD handled NWK for the third time this season, 56-45 in the title game. Jahvon Quinerly added 19 points for IZOD, which won every game they played in the tournament by double digits.