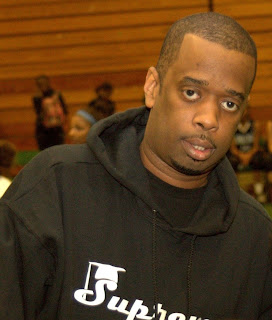 This season was supposed to be the “Money Team’s year to achieve a few goals. One was to the win the Grand Finale and also to chase an AAU National title. After the Tip Off Classic these dreams seemed reality especially with the additions of Jermaine Samuels and Tristan Patterson. But after they won that title and the Funsport championship things changed. Tristan left to join the Playaz and later on Jermaine Samuels and Azar Swain went home to Expressions while Aaron Clarke returned to team up with Nate Pierre-Louis for Metro Flyers. We contacted CBC skipper Reggie Hatchet to get his take on the situation.

BS: Reg, what happened to the “Money Team”?
RH: The "Money Team" is still here! Throughout our years as one of the top teams in the region, we've had lots of players who played a tournament or two with us. Players came and went, but our core remained the same. Those core guys are still together and still in the best place possible for their growth & development. We (the Money Team) were gonna spend the majority of the year playing 15u anyway, so we just accelerated that process.

BS: Did you foresee these players leaving?
RH: Well, I think each player has their own story. I don't like grouping them together. Each one has his own set of strengths & inadequacies. I think that parents will try to group kids together not realizes that everyone's ceiling is different. One of the hardest things for parents (especially fathers) to accept is that their son's ceiling is different from another player. So I can understand how some parents would want to leave, it probably made the most sense to them. But then other parents didn't have the same circumstances, yet chose the same route. So that answer is different for each player.

BS: How did these departures make you feel?
RH: Well, as you know, our team was built differently than most AAU teams around our age and around our area. And truthfully, you see a lot of teams attempting to use the same format/blueprint that we used to build & market their teams. As far as the nicknames, t-shirts, victory formations in pictures, loud entourage, etc...we had a real family feel to our team. As a matter of fact, everyone on our team was once an opponent. The parents would approach me and compliment me on our team's playing style, my coaching style and the level of play our kids reached at such young ages. Then they would inquire about how their son could become a part of such a program. There were certain players that we had on a "wishlist", but for the most part our product sold itself. So I said all that to say, once a kid became a part of the 300 movement, they became family. So the departure of kids was always hard because it was like losing a family member, not a player. Basketball wise, those losses can be replaced. It's the youth development aspect of it that cuts the deepest. Not being able to finish the process of developing them as young men. If you have a good coach in your son's life, he serves as an imperative part of the male development and he will have a different kind of bond with that child because he will share things with his coach that he won't share with his parents. That's the part I miss when a player leaves my team.

BS: Which player leaving affected you the most?
RH: It's not a departure that affected us the most...it was a change. When my biggest soldier, Ismail Charles, was diagnosed with Lupus and Diabetes in the same hospital visit...that shook us to the core. Up to that point Ismail was the rock of our team. He went to Nationals last year without knowing he was sick, and almost died trying to give us everything he had. Since these diseases have attacked his body, physically he struggles to produce the same way he used to. I am confident that he will return to his regular form, and I along with the rest of 300 will stand by him every step of that process. But once that happened, it was equivalent to losing not just a starter, we lost an enforcer. Many players came over to CBC because they wanted to play with Ismail.

BS: How are you players taking the departure of those guys?
RH: I am ok with guys going to other teams. Every kid is built different. Some kids aren't physically prepared to play up against high school aged completion. Not every player is content with being "coached". Some people prefer to be the big fish in a little pond as opposed to being a little fish that has to learn to eat other fish in order to get big. Truth of the matter is I love all those guys in different ways because they were all unique individuals. I am confident they will all reach certain levels of success through basketball, but they level they reach will be different because they have different ceilings.

BS: What lesson if any did you learn from this situation?
RH: The lesson is that youth basketball is way crazier than at the high school level. In 9th and 10th grade AAU, the faces change. Because a lot of the kids who were 6th and 7th grade studs have now fizzled out. But in middle school basketball, everyone is still holding on to that dream that their son is the next best thing. If you could remove the parental influence from middle school AAU, then things would go much smoother and kids would develop much faster. The main thing that stunts development at this level bad advice from friends and family. And let's not pretend like we're the only team going thru this. Many big names changes teams. Some going back to where they started, some bouncing from team to team based on where the most minutes are...this whole scene is getting out of hand. I think AAU should learn from what Nike does with the EYBL and make it just like high school in that whatever team you're on, if you decide to go to another team mid season, you have to sit out a considerable amount of time. Because players shuffling around only hurts the kids...

BS: Going forward what would do different?
RH: I wouldn't do anything different. Geographically it was hard for me to maintain those guys because they had to travel so far just to be a part of 300/CBC. So practice was always difficult. They were getting lots of pressure from their area teams to come back home. After their recognition skyrocketed with us, they are returning home to teams closer to where they live as a much higher prospect than they were when they came to us. And I am happy for them. I am sure those young men will be successful in life. And I was a part of that. Even if it was for a little while. I know they heard things from me that they never heard before and probably won't hear again. There are no losers in that scenario.

BS: Any parting shots?
RH: No parting shots. But I do have parting shoutouts! S/O to all of the coaches and parents who have trusted me at one point or another with their sons & daughters. S/O to all of my current and former players...keep improving as young men & women. S/O to Basketball Spotlight for providing this platform for us to experience this level of play. And no disrespect to any other organization, but please don't get it twisted...we are still the best 8th grade team in the Northeast and can't wait to prove it again!
Posted by basketball spotlight at 10:31 AM