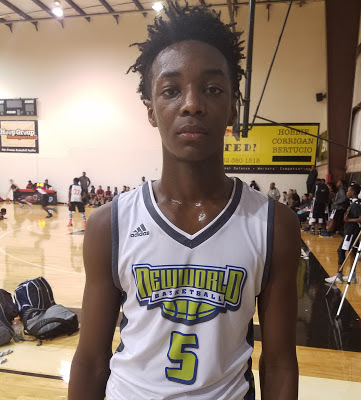 Julius Ellerbre of New World AAU Class Of 2021 seems to be one of the most underrated prospects in the region and showed massive potential over the weekend of The 2016 Tip Off Classic Ellerbre scored close to double digits every game helping his New World Unlimited team reach the championship game on Sunday where they defeated top team in the region, Team RIO National. New World is definitely a team that you will want to keep your eyes on entering high school seeing that they can add a serious flame in the rekindling of the Adidas Basketball Circuit.

Posted by basketball spotlight at 4:53 PM