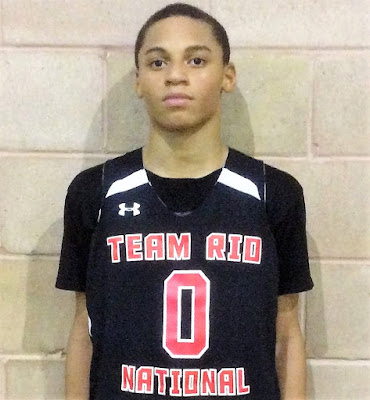 The Basketball Spotlight Tip Off Classic 7th Grade division featured some of the top players in the country. Here’s Part 1 of the Top Performers from the event.

Zion Cruz Guard (Team Rio National)- Cruz will eventually become a point guard but right now he was a scoring machine for RIO. His increase in size gives him the ability to score over defenders and finish in traffic. In transition he showed off his handle and body control. He’s making a push as one of the top guards in the country. He’s definitely one of the go to guys on this squad and will be moving up in our rankings next fall. 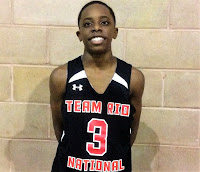 Jayden Pierre Guard (Team Rio National)- Pierre ran the show for this high powered machine. He made sure all the scorers go the rock when and where they needed it. He also was able to get into the scoring column himself. He looked his best when his midrange pull up was falling. Finally he was a pest on defense by pressuring the rock and collecting steals. 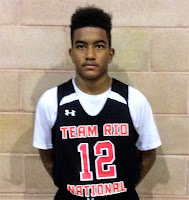 Marcus Gaffney Guard (Team Rio National)- Gaffney give TRN a power guard that attacks from the wing. It’s difficult for the defense to contain once he gets moving north and south. He now demonstrates good touch and scoring ability from the midrange area and the cup. His scoring will be beneficial to this team’s success. 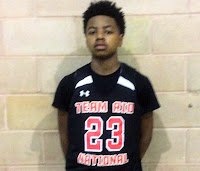 Corey Floyd Guard (Team Rio National)- Floyd is a killer especially from the midrange. He knows how to get in the teeth of the defense and makes things happen. He’s also legit play maker when he has the rock from the point position. This kid just has a natural feel for the game which should take him a long way. His big game was a 14 point performance against Hoop Kingz. Right now he’s that third scorer that TRN needs to succeed. 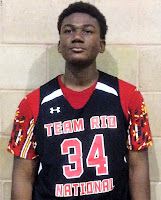 Tony Lorick Forward (Team RIO National)- The Massachusetts product came to the Tip Off Classic to bang around inside. He used his linebacker frame to get position for a rebounds and scoring inside. He gives this team the toughness and physical presence that it needs to be successful. 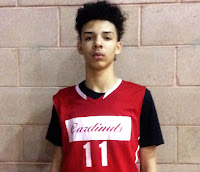 Noel Echevarria Guard (PSA Cardinals)- Echevarria was the talk of the event by Sunday evening. The smooth guard can do everything and has a unique feel for the game. Standing 6’2 Noel can score from all three levels but what really stood out was his court vision. He hit players on the dime on the break and in the half court set. PSA has a another big time guard on the horizon as Echevarria has star written all over him. 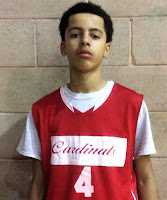 Issac Santiago Guard (PSA Cardinals)- Santiago played alongside Noel and also runs the point. He was fluid getting into the lane, scoring and dropping dimes. He has a good handle and the strength to avoid defenders while making plays. He helps PSA present one of the top backcourts in the region if not the country. 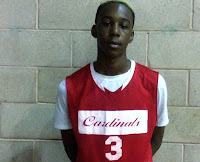 RJ Green Forward (PSA Cardinals)- Green is athletic and a demon in the open floor. He finished at will especially in transition. In the half court set he was able to slash to the cup for buckets. He had a good game against Team Magic with 13 markers. Defensively, he can guard multiple positions and help out on the boards. This kid is very versatile. 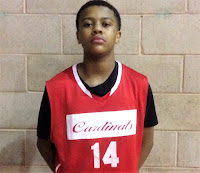 Simeon Wilcher Guard (PSA Cardinals)- Simeon is the younger brother of CJ therefore his shooting ability is in his blood. Wilcher showed his stroke throughout the weekend while stretching the defense and playing as a zone buster. He benefits from having a set of ball handlers that require attention when attacking. He went off in the semi-finals with 5 treys and 20 points versus Riverside Hawks.
Posted by basketball spotlight at 7:50 AM