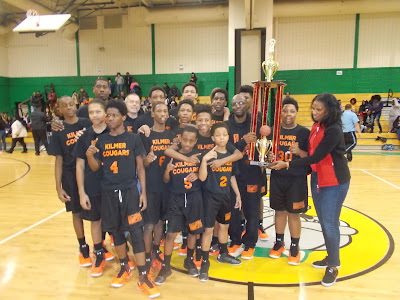 Shaun Balkcom scored 10 points and Tylik Neal added 8 markers as Joyce Kilmer exploded in the second half to defeat Rivera Middle School 36-18 to win the Trenton Public Schools Middle School championship. Here are the top performers from the event. 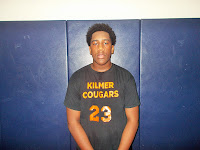 Shaun Balkcum Forward (Joyce Kilmer)- Balkcum came alive in the second half by establishing post position and scoring close to the cup. He wasn’t on fire like he was in the semi-finals but still managed to lead the team in scoring.

Tylik Neal Guard (Joyce Kilmer)- The pint size point guard plays the game with much heart and poise. He ran the team well and was able to score a couple of buckets himself. He should fit in well with Trenton’s running style when he reaches high school. 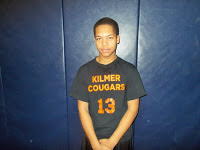 Rajohn Craig Guard (Joyce Kilmer)- It was another solid outing for the southpaw shooting guard. Even when he shots didn’t fall they still looked good when he released it. He has a natural feel to score the rock.

Ethan Garita Forward (Rivera)- Garita is very raw but has good size and plays the a high motor. He’s willing to crash the glass and block shots in his area. Offensively he has a ways to go but he seems like a hard worker.

Daquan McNeil Guard (Rivera)- McNeil pushed the rock up the floor in a hurry and made some good plays when he was under control. He has some good instincts but needs to change speeds a little better and better decisions passing the rock.

Jaheem Lewis Forward (Rivera)- The ball didn’t fall much for Lewis but I liked his size and skill set he showed on the floor. He knows his way around the court and has a nice touch on his shot. I think he has a productive upside.
Posted by basketball spotlight at 5:58 PM