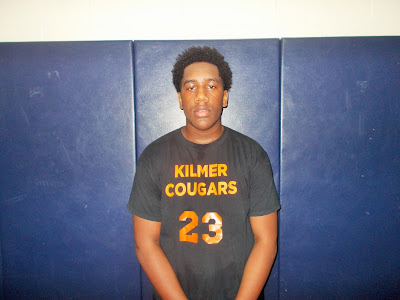 The Trenton Middle Schools held their semifinals and Basketball Spotlight was in the building. The game of the day was Joyce Kilmer versus Hedgepeth Williams Middle School. Joyce Kilmer won 43-25. Here are the players that impressed us in our visit.

Shaun Balkcom Forward (Joyce Kilmer)- Balkcom had a strong post presence and showed he had soft hands and a decent tough near the cup. He controlled the glass in terms of rebounding on both ends of the floor. His squad started out slow then Shaun put them on his back as he dominated the post. He finished the game with a 22 points. 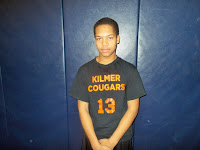 Rajohn Craig Guard (Joyce Kilmer)- Craig provided the perimeter scoring yesterday. He plays the game at his own pace while attacking with his southpaw style. He used his body well but will have to become more explosive as he gets older.

Keyon Frink Forward (Joyce Kilmer)- Frink played the other big man role for Kilmer. He’s not as polished as Balkcom offensively but might have a good upside. He hit the weak side boards hard and was a force on the defensive end. 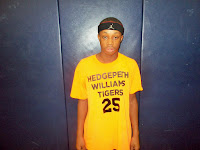 Malik Walker Guard (Hedgepeth-Williams)- Walker was the best guard I saw in the building. The lead guard was responsible for scoring but also showed some point guard instincts. He used blazing speed to get into the lane and created opportunities to himself and teammates. He also showed range on his outside shot even though he has a low release. That should improve as he gets stronger. 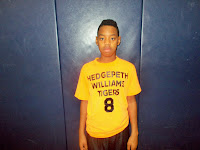 Davonne Wells Guard (Hedgepeth-Williams)- Wells is a 7th Grader but you can see potential in his game. He has good poise and seems to make good decisions with the rock. Once his confidence and strength improves his game will elevate.
Posted by basketball spotlight at 11:58 AM