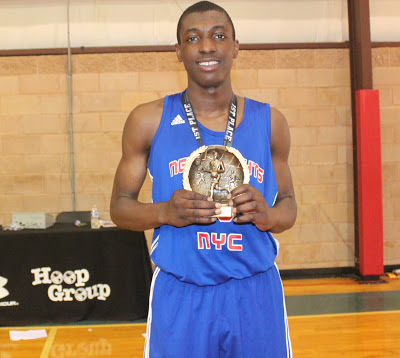 The 8th Grade Division of the Grand Finale came down to the wire. Most of these youngsters went down fighting in their final Spotlight event. Here’s the group of players that impressed us the most.


Keith Williams Guard (New Heights)- Williams started his day doing a tremendous job on defense against the “Terminator”. He was strong enough to keep him in place and long enough to get a hand up on his pull up. Once again in the open floor he was a terror with the rock. He finishes above the rim on a regular basis and should continue to be an explosive slasher on the high school level.

Lydell Geffrad Forward (New Heights)- In his young days Lydell shied away from the physical play but now he dives straight in. He feasted down low all Sunday with strong post moves and put backs. He also can hit the short jumper from the baseline. On defense he clogged the lane while altering shots from every angle.

Jalin Suber Guard (New Heights)- The lightning quick point guard caused all kinds of problems on Sunday. He blistered the defense with quick drives and hot dimes. He also plays lockdown defense 94 feet. He moves his feet well and will pick your pocket if you’re not careful with the pill.

Chris Coalman Forward (New Heights)- Coalman has extended his game and actually puts the rock on the floor a little more. On Sunday teams had no answer for him driving through traffic for buckets. He also gave a New Heights several opportunities to get second chance points by fighting hard on the glass.

Chaylynn Martin Guard (CBC)- Martin probably played the best game of his Spotlight career during the semifinals against Milbank. He was lights out from 3 point range while also cutting up defenders off the dribble. Martin also played above rim giving the crowd a roar with a two handed dunk. This is no exaggeration but from the beginning of his career to now he has to be the most improved player in Basketball Spotlight history.

Jaecee Martin Guard (CBC)- Martin left it all on the line in the finals. New Heights had no way of keeping him out the lane thus he lived at the charity stripe (14 FT’s). In the second half he turned it up and brought his team within striking distance. He's had a storied Basketball Spotlight career and he finished it up as a warrior.

Jared Simmons Guard (CBC)- First off I didn't recognize Simmons when he took the floor. The guard has grown about 5 inches and walks with a different level of confidence. His new found swagger is because he has turned himself into an explosive combo guard. He still has the money jump shot but now he also will attack the baseline and finish strong.
Posted by basketball spotlight at 8:24 AM 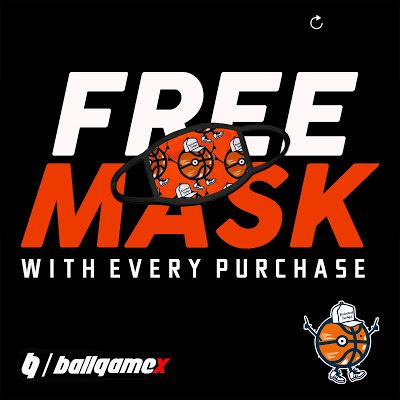