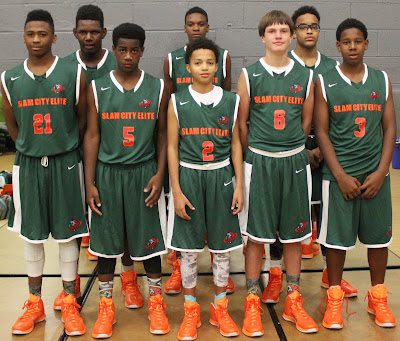 In the past few years the Basketball Spotlight Road To The Grand Finale circuit has produced some of the top teams in the country. In 2011 Team Scan AKA “72 Dolphins” and DC Assault AKA “The MOBB” both flexed their muscles while making final four runs. In 2012 Team IZOD AKA “Supreme Team” was introduced to the world and showed pure dominance for two seasons by making consecutive final four runs and national championship game appearances. This past season Team Takeover AKA TTO 7th Grade team was impressive and made a final four run. But our latest edition might top all of these squads.

Hailing from the DMV area we would like to introduce Slam City Elite AKA “The Terror Squad”. Yes we feel the name fits this squad because their loaded roster will send chills down your spine. They have some of the top players in the country at every position and should be the overall favorite for the Spotlight Grand Finale crown and the AAU 7th Grade National Championship. No team in Spotlight history has been able to travel our circuit without any loses. But “The Terror Squad” seems to be up for the task. Their skipper Mr. Francis feels they are ready, “One of our goals is not to only win the Grand Finale but get through the Spotlight circuit undefeated. We love making history” he finished.

Terrence Williams Forward:
Williams jumps into the Class of 2020 as one of the best players walking. His play last season earned him Basketball Spotlight Most Outstanding Player for the Class of 2019. His combined power and skill might be unmatched on this level. He should be a double/double machine.

Tyler Brelsford Guard:
Another returnee from the TTO final four run last season. Brelsford is a proven winner but his hand has never been this loaded. This kid knows the game and loves the share the rock. On this squad he has options galore so his assist per game are sure to go up.

Jordan Toles Guard:
Last season Toles was virtually a one man army. Now with the Terror Squad he can play to his strengths which include running the floor, finishing off plays and showing great athleticism. He gives TTS a certified wing threat on both sides of the ball and simply one of the top players in America. He could have a breakout year nationally.

AJ Hoggard Guard:
Hoggard dropping into this class has frighten some opponents. They now have to devise a plan to slow down this big guard. It’s Hoggard’s job to play alongside Brelsford and make sure these horses are fed. I like his court vision when passing the ball and his size when scoring the rock.

Cameron Byers Forward:
Byers was a strong rebounding machine who can also score close to the cup. He gives TTS an intimidating force inside especially on the defensive end. If he plays the aggressive role the entire season he could help them make the improbable run.

Ryan Conway Guard:
Conway showed he could get things done at the Future Phenom Camp. He’s a multi-purpose guard that uses his strength to impact the game. On TTS Conway might be relied on to be instant offense off the bench and guard one of the top scorers from the other team.

Austin Allison Guard:
Allison is the hired gun and zone stretcher. Most teams will probably fall back into some type of zone against TTS and Allison should make them pay. He will be counted on to keep the defense honest. If he gets hot early opponents will be in for a long day.

Isaiah Todd Forward:
Todd’s 6’6 and his best days of basketball are ahead of him. He rebounds, blocks shots and runs the floor well. He will make it very difficult for opponents to score or get second chance points. His presence alone helps them present the top frontline in the United States. 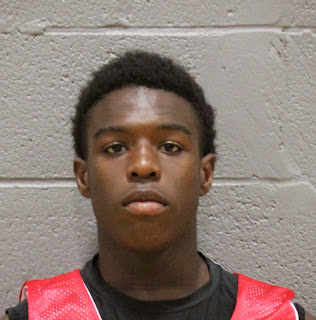 Demon Clowney Forward:
Standing 6’4 Clowney is the muscle for TTS. He will hit the glass like a mad man and doesn’t care about scoring the pill. His focus is playing hard and clearing out space for potential scorers.

Montez McNeil Forward:
Just when you thought things couldn’t get worse you throw in McNeil. Montez is an inside scoring machine with a big frame. Last season he was a load to handle on the 6th Grade level. Now with these other pieces around him he could be even more dangerous.
Posted by basketball spotlight at 8:49 AM