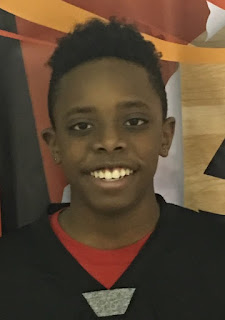 The Basketball Spotlight Atlantic City Showcase 7th Grade Division gave us a look at some of the top regional players in the Class of 2021. Here’s another look at our top performers.

Jayden Pierre Guard (NY Dragons)- Pierre came over from the Hilltoppers and made an immediate impact at the AC Showcase. Not only did he run the point but he showed the ability to knock down the outside shot including 3 treys against We R 1 and also had a good outing versus his former team. He stepped up down in America’s Playground. 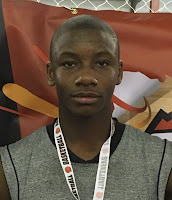 Marcus Dyers Forward (NY Dragons)- Dyers provided a wing scoring punch for the NY bunch. He showed the ability to get to the hole and also convert at the charity stripe. He averaged close to 9 points a game. His best game was a 15 point outing against Hilltopper Heat. I like his versatility. 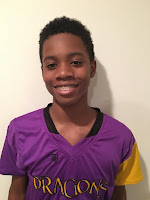 Everton Browne Guard (NY Dragons)- Browne proved he could shoot the rock from the off guard spot. He nailed 3 treys against We R 1 to help them to the victory. He provides a good 1-2 punch with Jayden Pierre.

Jarule Biddle Forward (NY Rens)- Biddle was a major reason why NY Rens made it to the final four. The forward lead the way in scoring for the NY squad and was consistent all weekend. His play inside was a tough matchup for the opposition all weekend.

Jahki Parrinello Guard (NY Rens)- Parrinello is the outside sniper for this bunch. He has no problem setting up and burying the trey ball. He is the outside punch that the Rens need to spread the defense. He has the stroke to keep his team in the game.

Malique Pringle Guard (NY Rens)- Pringle had a good outing down in Atlantic City. He got out into the open floor and made things happen. His best point total game was a 13 point outing against We R 1. He’s a vital part of this squad.

Jalen Hammonds Guard (Hilltoppers Heat)- Hammonds is a physical guard that used his explosiveness to get the job done. He knows how to put pressure on the defense but scoring from the mid-range, at the cup and the charity stripe. He brought great energy and intensity to this event.

Max Rugusa Guard (Learners Always Win)- Rugusa showed his worth in their quarterfinal scare versus Team IZOD. The combo guard had the mid-range working and demonstrated the toughness to score in traffic. He seemed to be comfortable on the big stage and didn’t back down. He finished the game with 16 markers.
Posted by basketball spotlight at 8:15 AM