One On One Feat. Terrence Clarke (Expressions) 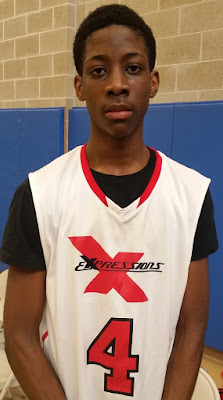 Terrence Clarke gave us a lot to talk about during the AC Showcase. The fluid guard seems to be headed for stardom in the New England area. We decided to sit down and talk to him.

One On One Feat. Terrence Clarke

BS: Who’s your favorite player and why?
TM: My favorite basketball player is Kevin Durant because I think he's a long linky guard that can score from anywhere, which helps him rebound the ball and be a defensive threat.

BS: What aspect of your game needs the most improvement?
TM: I need to improve EVERY aspect of my game, my goal is to attend college on a athletic scholarship and to do so I need to be Great at everything, athletically, mentally and physically. We work out 4/5 times a week challenging each other which will help me with all aspects of my game.

BS: What’s your dream college and why?
TM: My dream college is Kentucky because I want to play against and with the best competition and contend for a NCAA Title. I want to be on TV, with the entire world watching me.

BS: How do you deal with the pressure of being ranked as one of the top players in New England?
TM: I don't take it into consideration. I try to stay humble and play my game. I usually hear it a lot from others but I just stay on my grind and think about the country and not just my region. I know there's lots of other players out here in the world, so I got to be better than them also.

BS: If you could have dinner with one person, who would you select and why?
TM: I would have dinner with Michael Jordan. I would like to hear how he felt when he was doubted in HS & when he got to college what did he do to become great. Also want to know how he handled the media and fans out there.

BS: Give me one word to describe your game.
TM: Determined!
Posted by basketball spotlight at 9:10 AM