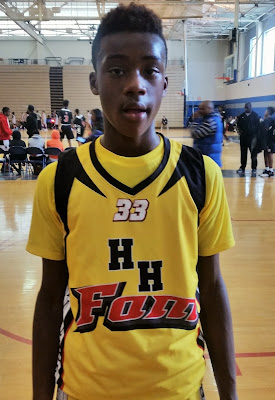 The Basketball Spotlight AC Showcase 6th Grade Division featured some fresh faces and teams. Here’s our final look at the top players from the AC Showcase.

Darik Whitehead Forward (Hilltoppers Heat) – Whitehead put together one of the best performances that we saw all weekend. He put the game on his back and almost single handedly beat a stacked New Heights team in the Quarterfinals. He played a lot of point forward and attacked the basket either in the half court or in transition and finished well with either hand. Darik was a menace on the glass and his long frame allowed him to be a defensive stopper. He also converted a high percentage of his free throws. With continued development you should be hearing his name for years to come. He finished the game with 24 points and double digit rebounds. 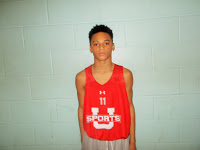 Zion Cruz Guard (Team IZOD) – Zion has good size for a combo guard. He can fill it up in the scoring column and he gets it in a variety of ways. Scoring comes easy to him and he scores from all three levels in addition to the FT line. If needed Cruz has good enough ball handling and passing ability that he can play the PG but he is at his beat when his job is to score that rock.

Mason Piorkowski Guard (Team Rio National) – This kid is a competitor and a great leader. He makes up for his lack of size with his toughness and heart. He locks up on defense always guarding someone bigger than him and he has no fear either attacking the lane and shooting a floater or passing to an open man. He also has no problem hitting a long range 3 pointer.

Marcus Gaffney Forward (Team Rio National) – Gaffney is a patient player that always seems to make the right play when we are watching him. He looks so composed on the court. He does most of his damage from the high post either finding an open teammate or scoring himself. Marcus also rebounds the ball well for his team. 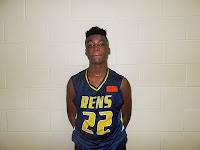 Joe Medlin Forward (NY Rens)- Medlin once again turned in a good weekend. He’s a true force in the paint and continues to improve offensively while showing good touch. On defense he alters shots and hits the boards like a mad man. He averaged double figures for the weekend and should be considered one of the best forwards in the country. 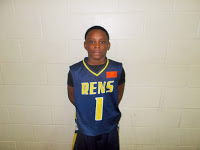 Zatai Townsend Guard (NY Rens)- Townsend is one of the leaders of this squad. He brings an experience to the court and he showed it during the AC Showcase. I like how he handles the rock and makes plays. He’s has that hardnosed play and swagger that NYC guards are known for. He doesn’t back down from no one.
Posted by basketball spotlight at 1:38 PM