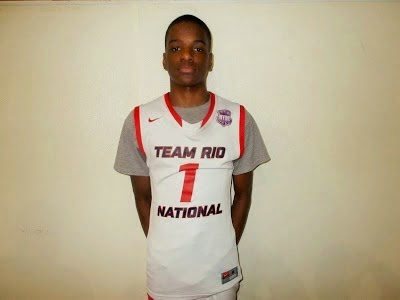 The Basketball Spotlight MDC 8th Grade Division gave us a look at some of the top talent in the region. Next we have the top scoring guards at the MDC.

Bryan Antoine (Team RIO National)
I heard the RIO head coach call Antoine “Breezy” and I think the name fits perfect because he seems to move like the wind. There’s no player in the country and changes end to end with the effectiveness of Antoine. We all know that he plays above the rim but his ability to finish with either hand makes him virtually unstoppable in transition. If you try to cut off his drives he can hit a step back or open trey with the best of them. He averaged 17 points a game this weekend. His dunk over a Philly Triple Threat defender had to go down as the “Play Of The Weekend”. 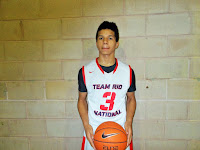 Cole Anthony (Team RIO National)
His addition to this unit seems to make things unfair and at times it looked that way. Anthony gives Rio another Bona-fide scorer, ball handler and tough competitor. His outside shooting makes the defense stay honest and opens things up for Ingraham inside. His best outing was a 21 point performance against NY Lightning in which he drained 3 treys. He fits in with this group better than I thought he would. 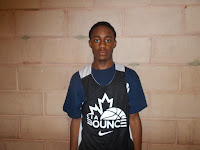 Joel Brown (CIA Bounce)
Now this kid has the goods. He played either guard spot and destroyed anyone in front of him. He has a Michael Redd type of game and with advanced handles, court vision and scoring ability from all three levels. His coached often went with the isolation or high screen, Brown made him seem brilliant. His torched teams all weekend including a game high 27 points in their final four loss to Metro Celtics. This kid really caught our attention over the weekend.

Fatayn Wesley (Philly Triple Threat)
Wesley continues to have a hot year as did much damage at the MDC. The southpaw plays a Nick Van Exel type of game meaning he has the quickness of a point guard combined with a scorer’s mentality. He can deadly if you back up off him by nailing the trey ball. Wesley proved that he could score in bunches. He had a game high 22 points versus Team BOS including three bombs from 3 point land.

Glenn Anderson (New Heights)
Anderson played in the backcourt with Wynn and had a scoring spark this weekend. He tallied 16 points against both Northeast Finest and CIA Bounce. His quickness in transition helps him to get to the cup quicker than most defenders. His game comes with a unique toughness that can’t be taught.

Lester Quinones (New Heights)
Quinones had things going from deep for New Heights this past weekend. He averaged 14 points a game including 20 point, 4 trey performance in their quarterfinal loss to eventual champion Team RIO National. 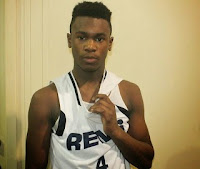 Joe Touissant (NY Rens)
With Cole Anthony moving to RIO Touissant was asked to step and he relished the moment. The strong scoring guard attacks the basket with force and can drop buckets on anyone. He hit We R 1 with 20 points in their loss and also had a decent showing in their quarterfinal loss to Philly Triple Threat. 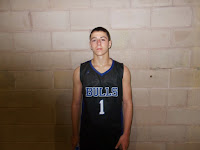 Ricky Mizzoni (CMEK)
The lefty once again lit up the Blue Division for CMEK. He scored a team high 22 points versus NJ Wolfpack, 25 points versus Boston Spartans and 15 markers versus LIPD. The southpaw shows range and an attacking style that knives through the defense.

Kristian Connor (Team BOS)
Athletic guard from New England area will be one to keep an eye on. He's very explosive and will bang it home in traffic. He could be a name to know very soon.
Posted by basketball spotlight at 12:31 PM