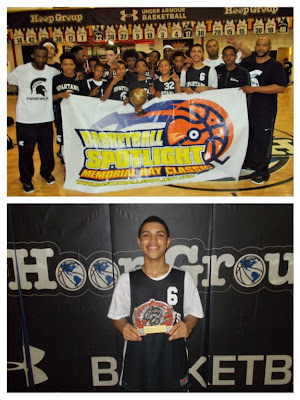 Boston Spartans stacked up another championship as their 7th Grade team defeated NJ Shore Shots 44-33 to win the Basketball Spotlight MDC 7th Grade Blue Division Championship. This championship was number 3 for the Spartans over the weekend.

Mr. Memorial Day: Jeff Barbosa (Boston Spartans)
Barbosa had a good outing in the championship game while leading the team in scoring. He was able to pick his spots well in the Spartans balanced offensive attack.

CLICK HERE IF YOU HAVE GAME
Posted by basketball spotlight at 8:51 AM