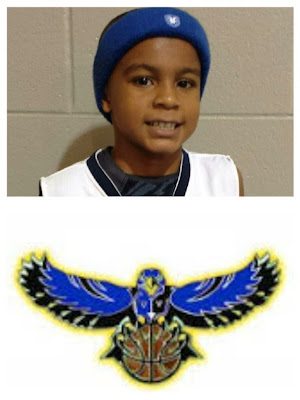 The National Champions brought their names and their games to the Spotlight Tip Off Classic – they wrote the check and cashed it winning the 2023 4th grade age group in impressive controlling the game from start to finish in defeating Havoc City.

Leading the way for the Riverside Hawks was nationally ranked shooting guard Jeremiah Dorsey (#9) who showed up big all weekend long. Dorsey was arguably the most talented young guard in age group due to his lethal combination of shooting, penetration, and passing. Jeremiah is a tremendously gifted shooter but has the ability to convert buckets at all three levels.

The Hawks played an up-tempo pressing style which caused problems and turnovers for opponents all weekend long – Jeremiahs burst in transition was dynamic and he showed he can finish with either hand. He knocked in several shots simply by allowing his defensive to dictate and transition into his offence; a very mature and well coached aspect of his game.

The Riverside Hawks 2023 is going to be tough to beat all season long – the first order of business when doing so is to make sure that Jeremiah Dorsey is held in check!
Posted by basketball spotlight at 5:59 PM