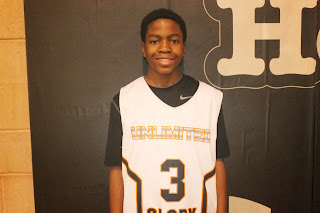 The Basketball Spotlight Tip Off Classic 6th Grade Division had a dramatic finish and gave us a glimpse at some of the future stars on the horizon. Here’s a look at the 6th Grade Top Performers from the Tip Off Classic.

Zion Harmon Guard (Unlimited Glory)- “The Lion” was remarkable this weekend on the 6th Grade level. One of my colleagues predicted that he would win it all before the tournament tipped off and I thought the task would be too large. But “The Lion” proved him right as he hit up Canadian power S-Elite for 40 points in the semifinals before scoring 30 markers and hitting two free throws with no time left on the clock. His game winning free throws came with him alone on the floor and IZOD followers screaming in front and behind him. His play was totally clutch this weekend.

Keon Henderson Guard (Unlimited Glory)- Henderson took the flight from Michigan to help out “The Lion”. The lefty made the most of his trip by showing off his slick dribbling moves and ability to get an open look. His persona and poise on the floor makes me believe he has to be one of the top 6th Graders in Michigan. 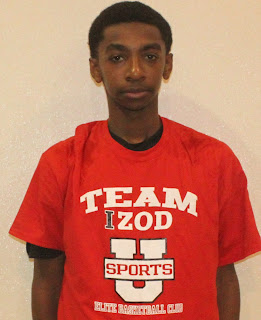 Trey Patterson Forward (Team IZOD)- Patterson entered this event as one of the top players in the country and didn’t do anything to hurt his status. He played 6th and 7th Grade for Team IZOD and looked good while doing it. I love his improved motor and willingness to push the rock from the guard position. The more comfortable he gets on the perimeter the more his stock will soar later on. He has a chance to be a very special player through hard work.

Donnell Harris Forward (Team IZOD)- Harris made the trip up from Florida to hoop with IZOD and had a successful weekend. He has one of the best motors in the glass and is beginning to show vast improvement in his offensive skill set. Word is that he will be relocating here on a permanent basis and if this is true than there’s no doubt that TI will help his game reach its full potential. We definitely look forward to seeing more of this kid.

Tristan Jeffries Guard (Team IZOD)- Jeffries is a wing scoring that can also get it done on the perimeter. He saved his best game for the finals where he scored a team high 18 including eight free throws. While other players garner a lot of attention Jeffries proved to be very efficient over the weekend.

Justice Williams Guard (Team IZOD)- Williams has the job of operating the big time machine and did a good job his first time out. I like the pace he played the game with and was also willing to look for his own shot. He scored 11 points in the final pool game against Philly Triple Threat and 12 in the championship loss to Unlimited Glory.
Posted by basketball spotlight at 8:13 AM