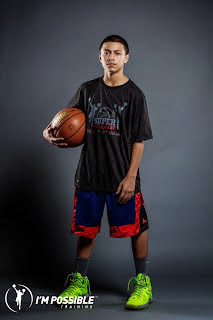 The MLK Classic is in the books and the 7th Grade Division gave us some good moments. We decided to bring back our segment of Best Of The Best.

Best Point Guard: Travis Cumber (MJ Mavericks)
Cumber runs the pick and roll like John Stockton. He also plays with supreme confidence similar to the Hall Of Fame guard. During the pick and roll if you back of Travis he can make you pay with the deep ball. He also has uncanny court vision. This kid delivers the rock on the dime.

Best Performer: Scottie Lewis (Team RIO)
There’s nothing we can say that hasn’t been said already. This kid was everybody of his nickname “The Show”. The scary part is more is yet to come!

Best Prospect: Mahkel Mitchell (DC Blue Devils)
Believe or not Mitchell has just as much upside as any player in this class. What’s so intriguing is that standing 6'6 he looks so comfortable on the perimeter and even creating like a point guard at times. Once he gets stronger and more assertive this kid could be a beast.

Best Big Man: Tariq Ingraham (PBC Boys Club)
Ingraham once again put up serious numbers inside. He’s become a little more mobile in terms of running the floor and also showed more improvement with his touch. Standing 6’6 and growing makes him a dangerous prospect down the road.

Best Scorer: Greg Greel (RJS)
The lefty was everywhere on the floor and put up numbers for RJS. He either bullied his way to the cup or knocked down the trey ball from the corner. Most of his points came from him being very active and hustling harder than his opponents.

Best Shooter: Fahmir Ali (Team Final)
Ali can drift to the corner and knock down the deep trey or big it from the top of the key off the dribble. He has good confidence in his shot and once he gets going he’s capable of draining several in a row. He’s always a threat from behind the arc.

Best Shot Blocker: Donta Scott (Team Nelson)
Scott recorded 11 blocks versus the MJ Mavericks. He looked like King Kong on top of the Empire State Building. He made dribble drivers think twice before trying to score at the rim.