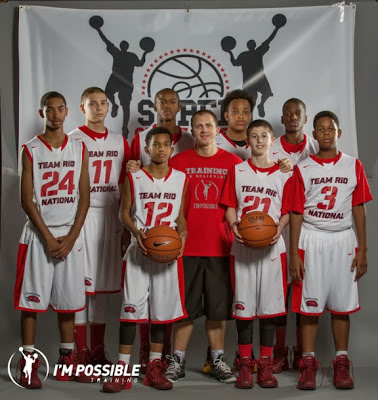 The Basketball Spotlight season is here and we decided to begin with our previews. In our final look at the 7th Grade Division we decided to give our predictions and present our preseason All-Region teams.

Grand Finale Favorite: Team RIO National
This squad was assembled to win titles therefore I think they have enough fire power to bring it all home. They will have their first crack at the banners during the Tip Off Classic where they will face some stiff competition. But in June we believe they will be carrying home the big banner.

Player Of The Year Favorite: Scottie Lewis (Team RIO National)
This is the first time a player has been the POY favorite before playing in any Spotlight tournament but this kid might be the exception. At the Super Skillcase he seemed to raise his game when the lights got brighter. Hopefully he will be ready for these bright lights.

Coach Of The Year Favorite: Dermon Player (Metro Flyers)
Player had a strong argument last year with the job he did with the Flyers. Now he will bolster his point while snatching a few of the banners. He has some good talent and can be thought of as one of the best motivators in the game.