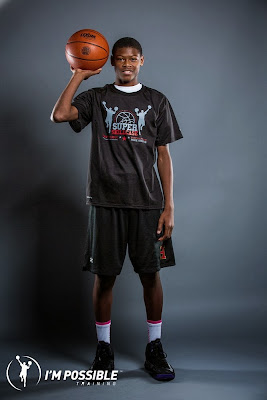 Is "Prince Reddish" Ready To Breakout?

The Basketball Spotlight season is upon us and we like to get things started with our previews. Every year there are players that are ready to take their game to another level. We call them our breakout players. Here are five guys that we feel might use this season to make a splash.

Cameron Reddish Guard (Team Final)- If the Super Skillcase was any indication Reddish will be turning the corner this year. In the past he showed flashes but now I think he is ready to go all out. He’s more aggressive and now is beginning to understand the talent his possesses. We’re looking for “The Prince” to turn it on.

Justin Winston Forward (Playaz)- Justin was poised to have a big year last season before a hip injury sidelined him. Now he’s back with some bounce in his step and ready to return among the elite players in the country. He has the physical attributes and skills to make this happen.

Aaron Clarke Guard (Team Scan)- Clarke might have a chance to explode this season. He played high level 8th Grade last season so no one is entering this campaign with more experience. If he can put together some big scoring nights it could be big for Scan and raise his stock in the process.

Will Yarborough Guard (Team IZOD)- After spending last season as a reserve, Will looks to return to his form he had during his KSK days. He had the determined look in his eyes at the Super Skillcase and if he brings that into the season he could explode.

Louis King Forward (Team IZOD)- It’s been a long time coming for King and now he should have his shot. He’s definitely an intriguing prospect and it should be very interesting how he goes about these new duties.

Stay tuned as we bring you more previews for the upcoming season.
Posted by basketball spotlight at 10:51 AM