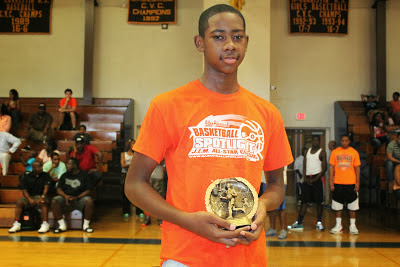 The Basketball Spotlight season is here and we would like to begin with our previews. Here is a look at the players we feel will make a run at the 7th Grade Player Of The Year Award.

Mikeal Jones Forward (Team Philly)- The reigning Player Of The Year has switched teams and now will have to carry a heavier load. He has some serious talent and when focused can really lead a team to victory. If he can make this Team Philly squad relevant he might have a chance to take home back to back POY awards. 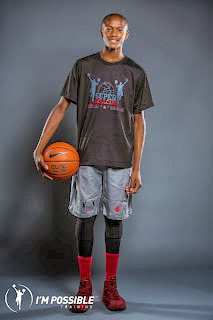 Scottie Lewis Guard (Team RIO National)- Lewis came to NJ with a national rep and after watching him during the Super Skillcase I can say it’s well deserved. Since this kid has a chance to be special, winning Player of the Year is definitely a good possibility. Now we must see how he reacts when the heat is on while playing on the Celtics court. 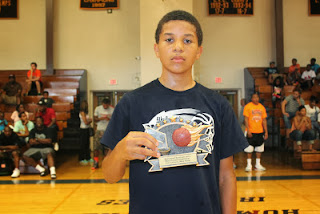 Cole Anthony Guard (Rens)- After a few good showings on our circuit and a breakout performance at the AAU Nationals Anthony name has to be mentioned. He’s one of a few players that are capable of dominating a game from the outset. When his outside shot if falling he can appear un-guardable. Hopefully the Rens retooled a little so he doesn’t wear down early. 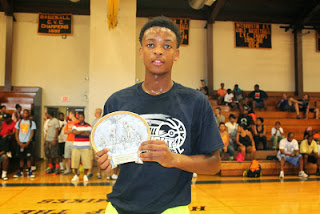 Dajuan Piper Guard (Metro Flyers)- Piper will be counted on to be a lot of things done. He expanded his game last season and really had a breakout campaign. Now he will be looked at as one of the top performers on this loaded team and must be ready to deliver. If he has big year and can help Metro Flyers capture a few Spotlight banners he could win the Player of The Year crown.


Posted by basketball spotlight at 1:11 PM