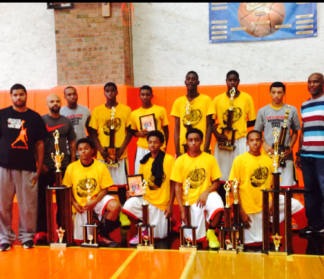 Can The Playaz Handle The Pressure?

The Basketball Spotlight season is here and we decided to begin with our previews. In our final look at the 8th Grade Division we decided to give our predictions and present our preseason All-Region teams.

Grand Finale Favorite: Playaz Basketball Club
After recent developments I think the Playaz have the best shot of taking home the Grand Finale banner. They have some serious talent with a mixture of tough guards and long forwards. If they can handle the close games I think they will be hanging the banner in one of the Paterson gyms.

Player Of The Year Favorite: Nazi Reid (Team Scan)
Reid comes in as the early favorite and should be able to get it done when the smokes clear. When he plays to his ability there are few players in the country that can contain him.

Coach Of The Year Favorite: Terrence “Munch” Williams (Team Scan)
Williams has brought Scan back to the forefront of middle school basketball. Now he will be trying to take another group of youngsters to the next level. He has some of the top players in the region in his stable. The task will be tough but no one believed that he would take a start up organization like Scan and build them into a powerful Nike program. Don’t bet against him.