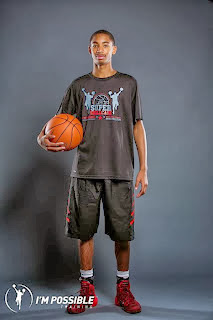 The Basketball Spotlight season is here and we decided to begin with our preview. Below we have a group of players that we feel have a got chance to increase their stock during this season.

Jordan McKoy Guard (Team RIO National)- After missing half of last season with an injury McKoy will be hungry to show that he’s still one of the top guards in the country. He stretched out a few inches and has regained his explosives when attacking. His perimeter scoring will be vital in helping Team RIO win it all.

Mark Bradshaw Guard (Team Nelson)- Bradshaw had a roller coaster season last year. Now with the departure of Mikeal Jones he will be counted on to bring more production to the table. If he can get things going it would help Team Nelson and move him up the ladder. We look for some huge scoring nights from this youngster.

Daniel Rodriquez Forward (Metro Flyers)- When Rodriquez was able to convert inside he was one of the most dominate forces in the region. He’s always a problem defensively and plays with that Metro Flyers style of toughness. Some improved touch could definitely have his stock on the rise.

AJ Hoggard Guard (Team Rio National)- A true point guard such as Hoggard loves to have big time weapons around him. So AJ must be in heaven because he will have several thoroughbreds to feed. This help will allow him to really show off his point guard skills and raise that stock a few spots. The table is set.

Dyondre Dominguez Forward (Expressions Elite)- I loved his game and potential at the 6th Grade Nationals in Hampton. Now I think you guys will feel the same way once you see him at the Tip Off Classic. The lanky forward can even step out past the 3 point line and nail the trey ball. A few good performances can definitely have him moving up.

Germir Robinson Guard (Playaz)- Robinson is a Playaz kid I think can make a splash in our Spring rankings. I like his size right now and his knack to score against his counterparts. I think this class could have their hands full with this kid.

Dejournal Cook Forward (Playaz)- Cook made his Spotlight debut last year during the MDC but at the Tip Off Classic he will be on the big stage. The big forward is nimble on his feet and very talented he didn’t make our Top 50 because I we didn’t see him at the MDC but he should have a good shot in April.

Terrence Williams Forward (Team Takeover)- Williams is a good stock option because He seems to be playing with more fire. His crisp post moves and footwork has always been good attributes but now he’s delivering with a purpose. If he can help carry Team Takeover to a Spotlight banner and stock should be going into the right direction.

John McGriff Guard (DC Assault)- McGriff is a slick southpaw point guard with the chance to move onto our list in the spring. He isn’t afraid to attack the defense whenever he has the chance. I also like his court vision and superb ball handling. We will get a close up look at him with DCA at the Tip Off Classic.

Stay tuned as we bring you more previews from our 7th Grade Division.
Posted by basketball spotlight at 10:22 AM