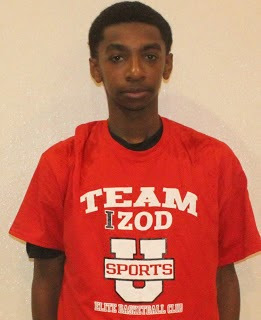 Trey Patterson Forward (Team IZOD)- Patterson returned to the Spotlight after missing much time due to a back injury. He showed his scoring prowess in the championship as he tallied 18 points in their win over Team Takeover. During the rest of the weekend he overly impressed me with his improved handle and play making ability. He was pushing the rock coast to coast and even diming teammates. He made a strong push for the #1 player in the country after his performance this weekend.

Donnell Harris Forward (Team IZOD)- The Miami product also made a move toward that #1 spot after dominating the competition this past weekend. His size and motor inside made it very difficult to slow him down. He scored 19 points against both B’More Finest and DMV Elite. When he and Patterson are clicking at the same time Team IZOD turns into one of the toughest teams in the country to beat.

Kennedy Chandler Guard (Team IZOD)- Chandler was a great addition to this already loaded IZOD roster. He can play either guard position but gives them a solid floor general at the point. I like how he understands change of pace and demonstrates good court vision. His presence and play takes this squad to another level.

Trey Thomas Guard (Team Takeover)- Thomas is a part of TTO quartet of attacking guards. He can score from the perimeter or finish at the rim. He has the ability to get past defenders and possess one of the best floaters around. He has to be considered a combo guard but could make the move to full time point as he gets older.

Trevor Keels Guard (Team Takeover)- Keels usually handles most of the scoring load but this weekend got some help from his teammates. The big guard average close to 10 points a game and continues to keep his name among the elite guards in the region. He has put together a solid campaign.

Kino Lilly Guard (Team Takeover)- Another guard that has emerged from the shadows has been Lilly. The pure shooter is putting the rock on the floor better and can be penciled in for at least 10 markers a contest. His confidence seems to grow as each event he enters. He’s quietly turning himself into a household name. 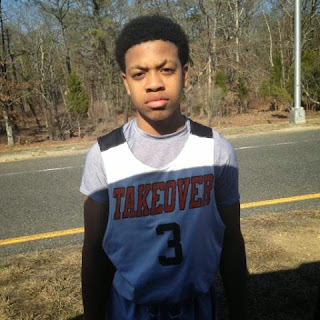 Darius Johnson Guard (Team Takeover)- The final piece of the guard quartet is the tough nose point guard that has the keys to this engine. Johnson drove past defenders with ease and flair. He has a low dribble and strength to break through most defenders on this level. He also chip in with close to 10 points an outing.

CLICK HERE IF YOU HAVE GAME!
Posted by basketball spotlight at 8:51 AM