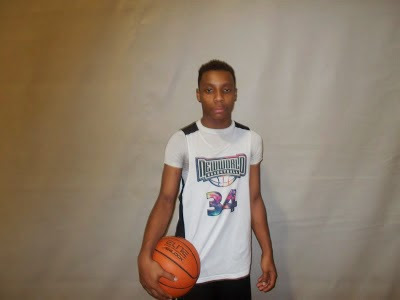 Jaylen Hall Guard (New World Unlimited)- Hall is perhaps one of the best scoring guards in the country and he got it done at the AC Showcase. He rocked Team Philly for 20 points and slayed the NY Gauchos for a game high 25 markers. Once he gets going full speed to the cup it’s not many that can slow him down. He’s compact and very strong which is tough to contain on the 6th Grade level. He was the high scorer for the 6th Grade in this event. 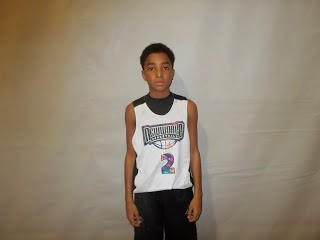 Bray Freeman Guard (New World Unlimited)- Freeman ran the show as usual for this talented punch. He knows how to pick his spots to score like when he erupted for 25 points against Philly Triple Threat. He has the speed and ball handling to get out into the open floor and make things happen. He knows how to drive this car well. 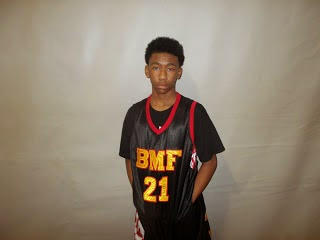 Christian Moore Guard (B’More Finest)- During the Clash For The Cup I talked about Moore’s upside and potential even though he didn’t have a great showing. Well in Atlantic City he had it clicking. He hit three treys against DMV Elite and had a good showing against IZOD where he finished with 15 points. He ran out of bullets in their semifinal lost to Team Takeover where he hit two treys and finished with 13 points. 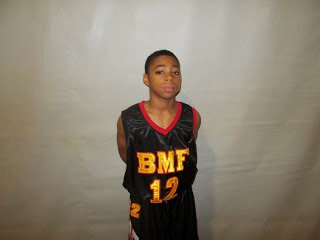 Raayan Lane Guard (B’More Finest)- You know B’More Finest didn’t make it to the final four without Lane being involved. The defensive hawk pressured the rock and made things difficult for opposing guards trying to get into their offense. He got his offense going in their final four loss to Team Takeover with a 10 point outing.

Jeremiah White Forward (Boo Williams Marvels)- The forward was new to the Spotlight and had a great weekend introduction. He dominated in his division including a 30 point performance against the Legendary Ballers. According to my site scout this kid has the tools to be someone special down the road. His play earned him an invite to the Basketball Spotlight Future Phenom Camp in August.

Jaylen Warley Guard (Philly Triple Threat)- Warley had the most consistent weekend of all the PTT players. He was able to hit the outside shot and create plays for others. He averaged close to 11 points a contest.

CLICK HERE IF YOU HAVE GAME!
Posted by basketball spotlight at 10:27 AM