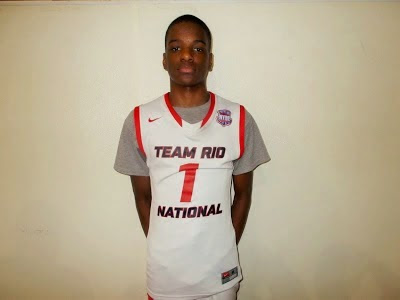 The 8th Grade Division of the AC Showcase featured some of the best talent in the country. Here’s Part 1 of our top performers from the weekend.

Bryant Antoine Guard (Team RIO National)- Antoine solidified his spot as one of the top lead guards in the country after his performance over the weekend. He showed off his athleticism, feel for the game and scoring prowess. He averaged close to 18 points a game including 19 points against Team Florida and an eye popping 28 markers versus DC Premier. 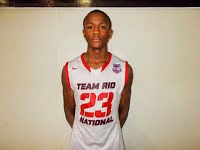 Scottie Lewis Guard (Team Rio National)- Lewis delivered on his highlights over the weekend by playing over the rim on a regular basis. He had a few dunks that took the breath away from the crowd. He also showed the ability to put together moves to get clean looks. But I think his presence on the other side of the floor needs notice. Lewis is the leading shot blocker on the team and plays the passing lanes like a shut door cornerback. His energy level takes flows over to his team. 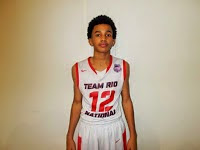 Jalen Gaffney Guard (Team RIO National)- I can’t say enough about this kid has returned to one of the top point guards in the region. His growth spurt and improved strength allows him to get into the lane with ease and finish off plays. His court vision allows him to keep the Rio thoroughbreds’ happy. Finally when you double down or the ball is reversed he will make you pay from deep. 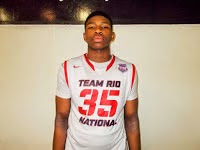 Tariq Ingraham Forward (Team IO National)- Ingraham battled some of the best bigs in the country and was very productive. His best scoring game was a 13 point outing against Team Ennis but his post defense and rebounded definitely stood out. His a mountain to shoot over and clogs the lane to help slow down penetrating guards.

Daniel Rodriquez Forward (Team RIO National)- The new addition to this crew gave Rio great energy off the bench and helped out on the glass. He runs rim to rim very quickly and rebounds out of position well. He helped his teammates get many second chance points over the weekend. 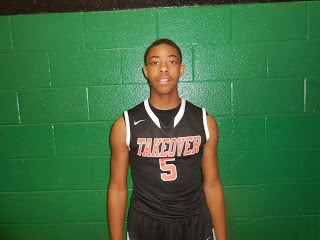 Justin Moore Guard (Team Takeover)- Moore made his Spotlight debut and shined in Atlantic City. His scoring ability and body control makes him tough to defend. He has a fluid mid-range jumper and shiftiness to get past defenders. He’s not the quickness or most athletic on the floor but might be one of the most efficient guards in the country. His best outings were 16 points against Team Florida and rival DC Premier. 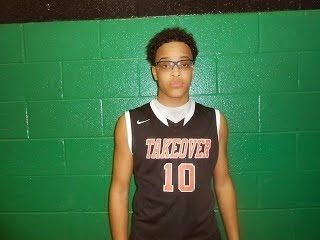 Terrence Williams Forward (Team Takeover)- Williams played on the big stage with TTO this past weekend. He came to life in their showdown against rival DC Premier. In the second half he took advantage of Premiers lack of inside size as he connected for 14 points. Once he gets going inside he’s tough to slow down. 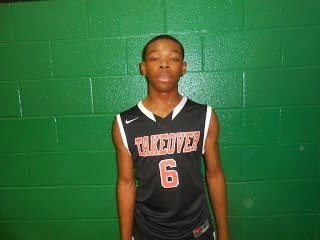 Anthony Harris Guard (Team Takeover)- The speedster one again showed he can contribute in a various of ways. He scores the ball quickly and often. He also can cover either guard position and apply pressure on the rock. He dropped 11 points in their 4 point victory over DC Premier.

CLICK HERE IF YOU HAVE GAME!
Posted by basketball spotlight at 7:00 AM