From Basketball Spotlight To The Big Time: Where Are They Now? Class of 2013! 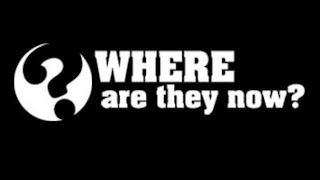 In this ever changing youth basketball world there are always new tournament concepts, websites and companies emerging. Through these times Basketball Spotlight has always brought you the top talent to the floor. Year after year we our circuit and events help prepare the top players for the future. Here’s a look back at some of the top players from the Class of 2013 and where they ended up. 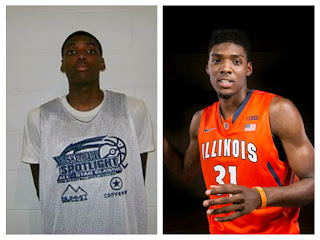 Austin Colbert Forward (Virginia)
Colbert made a splash during the Basketball Spotlight All Stars Classic and finished #1 in our regional rankings. The lanky forward was highly touted heading into St. Patrick High School. He played for St. Patrick’s for a couple of years before making a stop at Hotchkiss School in Connecticut and finally graduating from Gil St. Bernard’s in NJ. After some heavy recruiting Colbert decided to attend the University of Illinois where he’s currently a reserve forward. 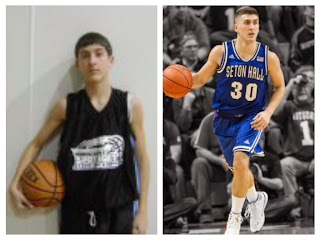 Jared Sina Guard (New Jersey)
Jared spent several years on the Spotlight circuit with Hoop Heaven while also playing in the Elite 80 Expo and the Basketball Spotlight All Star Classic. He was ranked #7 in our regional rankings. For high school he attended Gil St. Bernard and became the school’s all-time leading scorer. After graduating high school Sina decided to stay home and attend Seton Hall University where he currently starts in the backcourt. 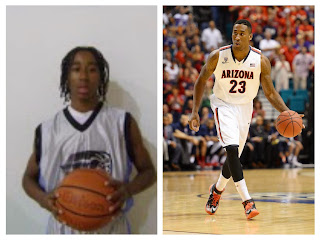 Rondae Hollis Jefferson Forward (Pennsylvania)
Jefferson literally grew up in the Spotlight circuit. He played with Educated Athletes which eventually became Team Nelson. The southpaw helped them capture a few championships, while also playing in the Elite 80 Expo and Basketball Spotlight All Star Classic. He finished #8 in our regional rankings but ended up as the best player. His next stop was Chester High School, which he turned into a national power, while becoming a McDonalds All American. He chose the University of Arizona where he currently starts at the forward position. 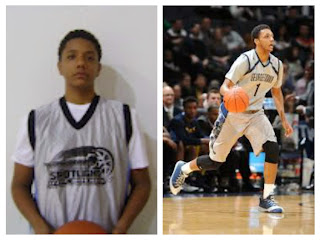 Reggie Cameron Forward (New Jersey)
Cameron was one of the best shooters to come through our circuit. As you know he rocked with the Playaz Basketball Club and helped his squad become a regional power. He also played in the Elite 80 Expo and Basketball Spotlight All Stars Classic. He finished as the 10th best player in our regional rankings. He attended Paterson Catholic and then transferred to Hudson Catholic after PC closed. His play in high school and on the Nike Circuit with the Playaz earned him a scholarship to Georgetown University where he plays the wing position. 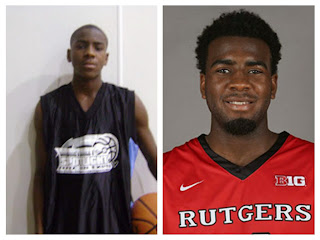 Dwayne Foreman Forward (New York)
DJ Foreman was seen on our circuit playing with the Trenton Hurricanes and Westchester Hawks among others. He played in the Elite 80 Expo and the Basketball Spotlight All Star Classic. He was ranked #22 on our regional list and seems to have projected better than many that were ahead of him. He bounced around a little in high school before settling at Massanutten Military Academy in Virginia. He ran on the Nike circuit with Boo Williams and stretched to 6’9. He chose to play at Rutgers University in the Garden State where he currently starts at the forward spot. 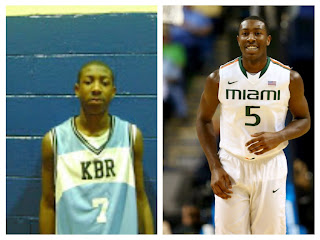 Davon Reed Guard (New Jersey)
Reed played on our circuit with the KBR Fliers. He was definitely one of the players that we projected wrong as we had him ranked #56 in the region. Once he got to Princeton Day School his game took off. He also rocked with Team Final on the Nike circuit. After a memorable scholastic career at the Princeton Day, Reed decided to attend the University of Miami. He was a projected starter this season before getting injured.
Posted by basketball spotlight at 12:50 PM