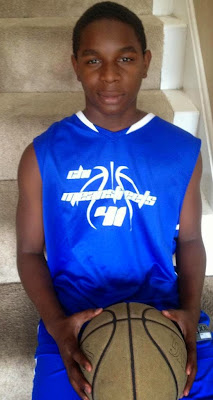 Wassup its Marquise Walker with my weekly diary.

On Monday, I woke up and I was really sleepy. I got to school and I went into the locker room and chilled on my phone for a little bit. I got to my first period and we talked about how we are supposed to do fingerprints and we did some vocabulary words on how to figure out a crime. We usually use forensic science in Mr. Dargo's class. All of the other classes were not as exciting. After school I went to practice and we worked on a lot of offensive plays and a little bit on defense. After practice I went home, ate some dinner and took a bath before going asleep.

On Tuesday, I woke up ate some breakfast, got ready for school, and headed out the door. I went to school and went to talk to some of my teammates. In school today I got a C+ on my test and that was not good enough for me at all. I will not accept that so I told my teacher I will be going to the retakes on Friday. I really like that my teacher would give me a second chance of doing my test. After school I went to practice and just went with the flow today. We did a lot of defense and afterwards I was really tired. I went home, ate out and then played 2k before going asleep.

On Wednesday, I woke up and ate some waffles. I had a little extra time to go to sleep for at least 15 minutes. I woke up and went to school. School was fun but it was slow and it was a drag. In my Graphic Design class we worked on movie posters of you. I did mine on Hoop Dreams and put my pictures on the movie title and around it. After school I went home, played my game and fell asleep. I woke back up and drunk some water and watched TV a little bit then fell asleep for good.

On Thursday, I woke up and went straight to school. School was fun but it was really hard to understand especially in Mrs. Prophet’s math class. I was really confused at first with the problems and situations until I finally asked her to break it down a little more so I could understand. Once she did that I got it right away. After school we had practice again and it was fun. We did a lot of scrimmaging and a lot of defense. Basically we did a lot of up and down. Afterwards we ran a little bit. Then when practice was over I went home and fell asleep quickly.

On Friday, we woke up late. Today was the day I had to retake my math test. I am really nervous. I really think I will do well because I studied all last night. I went to school and went through my classes and turned in all my work. Then after school and I took my test it was pretty easy after I actually looked at it. I think I did really well. After the test I hurried to practice. Then we had a little 5 on 5 workout and then after that practice was over. Then I went home and got ready for the football game. It was really cold at the football game but I didn’t care it was a good game. After the game I went home and fell asleep.

On Saturday, I went to the middle school basketball games. I saw Veto from WACG and he was doing really well. Then I played some 1 on 1s with my friends. Then I watched my middle school team play against Vito's team and we lost, I didn't play though. After the game we went to the movies and we went to get something to eat. We finished up at the bowling alley. I had fun that night also. Afterwards I went home and fell asleep.

On Sunday, I slept in. And I really did nothing until practice. In practice we played against some college players and we did kind of good even though we lost. After Practice I went home played the game and got on my phone and fell asleep. And I was so anxious to find out what I got on my test on Monday.

See You Guys Next Week
Marquise Walker
Posted by basketball spotlight at 9:49 AM