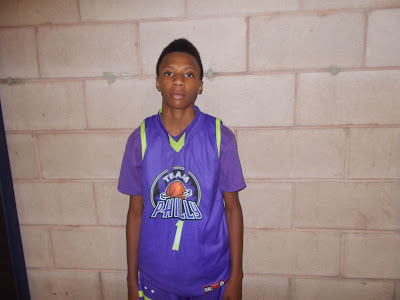 The Hoop Group Fall Jamfest took place this weekend and the 7th Grade division had some top talent. In Part 2 we take a look at some of the other Class of 2020 players that got busy in Neptune.

Keshaun Hammond Guard (Team Philly)
Hammond made a name for himself during the semifinals matchup with Slam City Elite. The lanky guard showed he could separate from defenders and score off the dribble. Hammond used his Philly style handle to breakdown defenders and cause fits for the highly ranked squad. He scored from all three levels and has the size to be an interesting prospect. He definitely caught our eye. 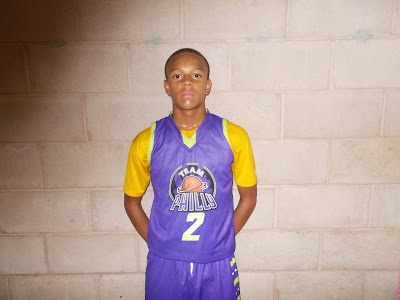 Ahmad Fair Guard (Team Philly)
Fair has grown over last year and his game shows the effects. His impact on the floor is shown when he attacks and either scores or drop dimes. His confidence seems to be flowing and now expects to make big plays and get things done. His new attitude and play helped them make it to the final four. 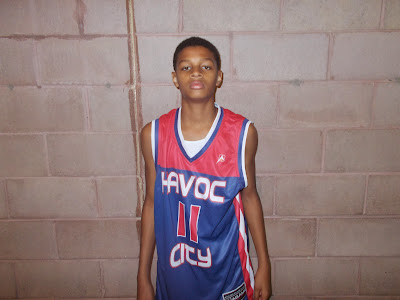 Darius Miles Guard (Havoc City)
The southpaw still has a smooth game and playmaking ability. He plays the game with a good pace and it’s very difficult to speed him up. I believe once he grows into his body he will be a name to know in the DMV area. 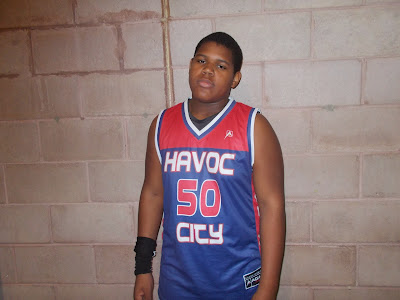 Aaryn Parks Forward (Havoc City)
Nicknamed Big Baby Parks has a soft touch and usually positions himself deep on the blocks. He showed the ability to box out well and grab rebounds. We will keep our eye on him. 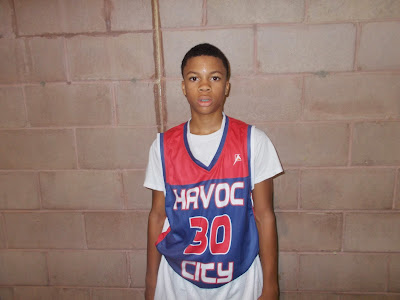 Marcus Dockery Guard (Havoc City)
This other southpaw was very aggressive this past weekend. He created off the bounce and faded to the corner to hit the deep jumper. He also was eager to show his game in the open floor. This kid was new to our radar and he really impressed us with his play this past weekend. 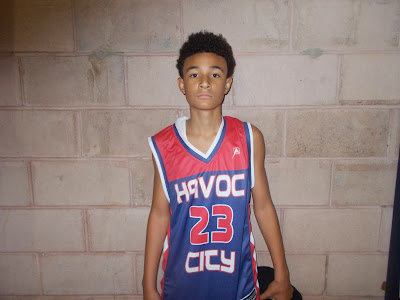 Dimingus Stevens Guard (Havoc City)
Ming has earned a national name while playing on the circuit for years. This past weekend he showed some of those all around attributes. He can play inside or outside while being able to score from anywhere. Havoc City will be depending heavily on Stevens to make a big run. 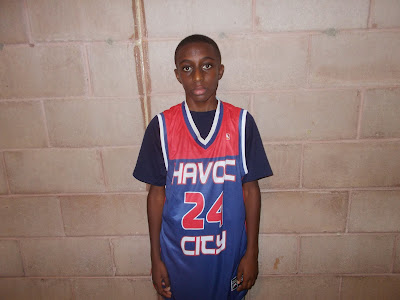 Noah Charles Guard (Havoc City)
Charles is a speedy point guard who can also score. He got into the lane often this weekend and really showed a burst of explosiveness in transition. He has the keys to this offense and will have to drive the car.

Riley McMahon Guard (NJ Shore Shots)
McMahon is a patient point guard that picks his spots but will break you down if you sleep on him. I like how he handles the rock with both hands and can get into the lane against some of the best. He reminds me of former Shore Conference point guard Mitchell Kates who was a joy to watch.

Charlie Gardiner Forward (NJ Shore Shots)
When you think of Gordiner think about a miniature Kyle Singler type. He can venture out to the three point line and knock down the trey ball while also using his size inside as a mismatch. He was a problem all weekend and even went over 30 points in a game.

Chris Sica Forward (NJ Shore Shots)
Sica used his size to score inside and rebound the ball. He moved well within the offense and got deep position on the blocks. He showed a face up game and good touch around the tin.
Posted by basketball spotlight at 8:30 AM