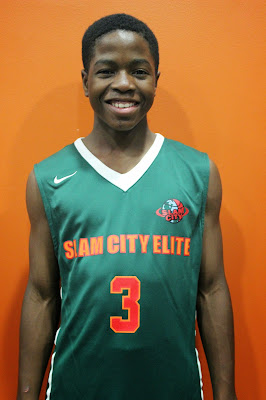 The 6th Grade Division at the Hoop Group Fall Jam Fest was very interesting because it featured the top tandem in the country and a look at some upcoming new talent. Here are the players that impressed us with their play this past weekend.

Zion Harmon Guard (Glory Unlimited)
The last few years I had “The Lion” pegged as a super guard but a certified shot hunter. This weekend I got a different perspective of his game. Yes he did put up numbers while dominating the 6th Grade level and leading his team to the title. His range and accuracy is something that’s unmatched on this level at this time. He literally got a clean look anytime he wanted. But when I saw him on the 8th Grade level I saw his willingness to share the ball and run a team. Harmon is a polished point guard and showed the ability to get anywhere he wanted on the floor. He withstood the physical defense of the 8th graders while slicing through the lane very often. Even more eye popping was the court vision he showed when dropping dimes to his cutting teammates. This kid logged heavy minutes for both age groups while still performing on a high level. 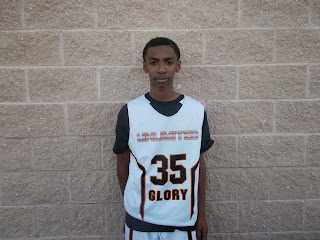 Trey Patterson Forward (Glory Unlimited)
Now this where things get scary! Trey Patterson came down to hang with Harmon and that made things unfair. Patterson’s size combined with his skill size allowed him to totally dominate the opposition. He has the ability to grab a rebound and push the pill up the floor himself. He also can step back and nail the trey ball. When Patterson gets a little stronger he will convert on all those little chippies that seem to roll off the rim. All in all this kid is a blossoming prospect. 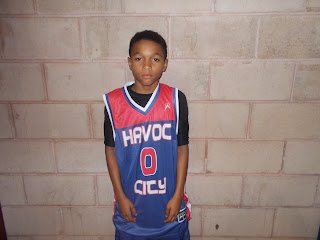 Knasir McDaniel Guard (Havoc City)
This DMV crew ran into a tough match up with Glory Unlimited but that didn’t stop the 5th grader from showing his worth. Knasir is not known as a scorer but he had to carry the load in this one. He did most of his scoring damage with a mean floater. He was a nightmare to keep out of the lane and showed he could breakdown any defender that was put in front of him. Trapping Dug was a waste of time as he zipped through the double teams while advancing the rock. This kid is tough as nails and possesses that special it factor. 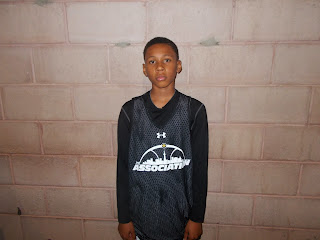 Keon Baker Guard (Canada Elite)
Baker was cooking when I saw him get down. He has the swagger and confidence of a top lead guard. He’s difficult to contain because he has the ball on a string and can score from anywhere. The transition game gives him a chance to show off his best attributes. I don’t think this will be the last time hear this name. 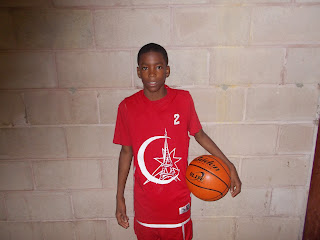 Chance Westry Guard (Class Acts)
Chance was everything you need in a lead guard. He has the handles and the good stroke from the perimeter. What really stood out was his natural feel for the game and playmaking ability. Harrisburg, PA has been known to produce some legit guards over the years and he seems to be next in line. Hopefully I get another look at this kid. 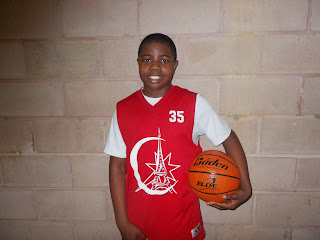 AJ Jones Guard (Class Acts)
Jones is a strong Charles Barkley type forward with some skills. He got a lot of rebounds and powered his way back up for put backs. I like his motor and wiliness to be engaged in the physical aspect of the game.
Posted by basketball spotlight at 9:34 AM