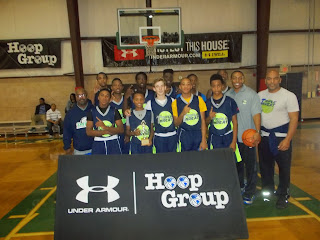 The Hoop Group Fall Jr. Jam Fest took place this past weekend and Basketball Spotlight was in the building. Here’s our look at the 8th Grade Division and its top performers. 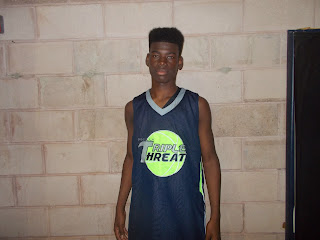 Jamil Riggins Forward (Philly Triple Threat)
Riggins should have been awarded MVP honors with his performance this weekend. He has grown an inch or two and appears to be stronger. These improved physical attributes have helped his game especially when finishing the rock. Now when he gets to the cup he has more balance and able to finish through contact. In transition he’s one of the quickest around and now plays above the rim. This kid has taken great strides in his game. Look for him to make a leap when our mid-season rankings drop. 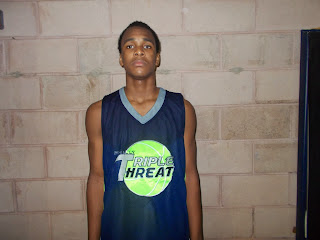 Donte Scott Forward (Philly Triple Threat)
Scott also made his debut for PTT and still looks like one of the top prospects in the region. He loves the perimeter but wasn’t afraid to show a more physical presence near the hole. He’s becoming a serious matchup problem for opposing forwards because of his quickness with the ball. This kid is nowhere near his ceiling. 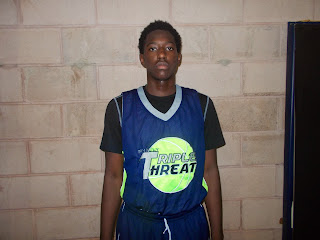 Shermick Lofton Forward (Philly Triple Threat)
Lofton completes PTT 3 headed monster on the blocks. He has a bully type game when attacking the rim. I was a little intrigued on how well he can handle the rock. He has a Jamal Mashburn type approach. He’s very physical and loves throwing his body around. 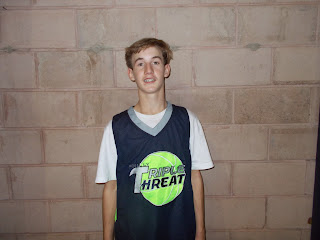 Zach Lezanic Guard (Philly Triple Threat)
Lezanic played a vital role in their march to the championship. He can control the tempo a little and bury the outside shot. The DMV squad applied some intense pressure but Lezanic stood tall through it all and made plays. 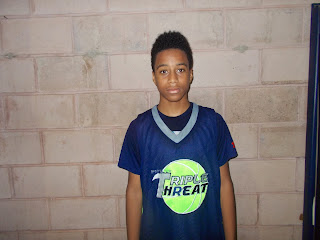 Justin Galea Guard (Philly Triple Threat)
Galea finally has his chance to run the show and give us a taste of his goods. He’s very smooth when handling the pill while being able to score or set up teammates. He has grown a little since I watched him in the summer and should have a coming out party this season.

Jay Heath Guard (Slam City Elite)
Heath was definitely an oversight on our rankings and will be crashing through in April. The wiry wing guard is truly athletic and wired to score. Once the rock touches his hands he goes directly into attack mode. He does a lot of his damage driving along the baseline.

Jalen Abbott Guard (Slam City Elite)
Abbott was great pickup for the DMV squad. He’s a legit two guard with good size and height on his outside shot. His skill level is one of the best I seen over the weekend. I also think he has some great upside.

Malik Anderson Guard (Slam City Elite)
Anderson is a highly flying guard that’s plays with a lot of energy. He’s able to finish well in the lane and at the tin. He’s also a hard worker on the defensive end. He does need to work on controlling his emotions a little on the floor.
Posted by basketball spotlight at 10:19 AM