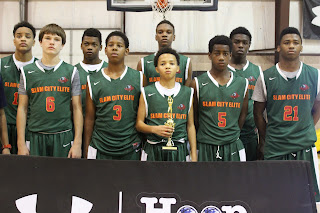 The 7th Division of the Hoop Group Jam Fest had a few fireworks and some talented players. Here’s a recap of what players impressed us down in Neptune.

Terrence Williams Forward (Slam City Elite)
If these past two weekends are an indication than Williams would be a lock for Player Of The Year. When we first mentioned the Terror Squad we talked about how Williams could be unstoppable on this level. He saves his best games until the competition stiffens. He catches the rock, uses polished moves and finishes with ease. He could be seen often feasting on the competition down low.

Isaiah Todd Forward (Slam City Elite)
This was my first look at Todd and standing close to 6’7 he might be the best long term prospect on this loaded roster. He didn’t show total dominance because he’s still developing physically and skill wise. As the weekend progressed so did his game and he even found himself in the starting line-up. As he becomes more comfortable finishing around the rim expect his numbers and name to rise.

Jordan Toles Guard (Slam City Elite)
Toles showed off his athleticism in the open floor with a couple of dunks. He’s a top notch athlete on this level and thrives in transition. I would like to see him improve his range and ball handling. Also if Slam City is trying to make a championship run I believe he will have to become a lock down defender

Tyler Brelsford Guard (Slam City Elite)
Brelsford once again turned in a solid weekend. His assist to turnover ratio was great and he did a great job of keeping his horses happy. One of his best assets is calming his troops down when the other team makes a run. His vocal skills have improved and will need to continue for this team to be successful. One thing is for certain; Brelsford is used to being in the trenches.

AJ Hoggard Guard (Slam City Elite)
Hoggard operated like a homerun hitter this weekend. He loves making the big play and when he converted he looked like one of the best guards in the country. Other times he got into a little trouble by dribbling into traps which caused a few turnovers. In final four he stepped and made some big buckets to help them preserve the win. I know once he’s accustomed to his teammates and system he will find a happy median. 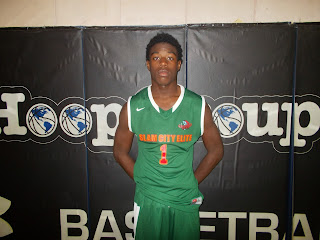 Demon Clowney Forward (Slam City Elite)
This intimidating force had his moments. He’s a little more skilled than I anticipated and also showed some athleticism with a hard dunk. He’s interchangeable in terms of guarding a wing or post player.

Cameron Byers Forward (Slam City Elite)
Byers muscled his way to the hole for a few easy buckets. Once he lowers that shoulder most defenders on this level will be at his mercy. Once he got them off balance he used a soft touch to finish. Cameron also was a beast on the glass while playing in two age groups. 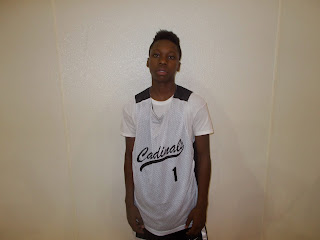 Jaylen Murray Guard (PSA Cardinals)
Murray is the top scoring guard for this bunch. He specializes in using the floater and mid-range pull up to score. He has enough handle and savvy to beat defenders off the dribble even if they play zone. 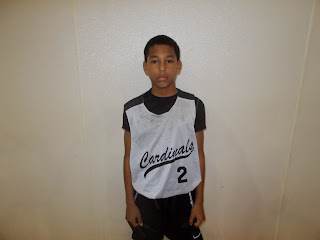 Andre Washington Guard (PSA Cardinals)
The little guy gave Slam City fits with his penetrating style and ability to hit the open trey when the ball rotates his way. He dribbles the rock low ++which helps him zip throw the defense. 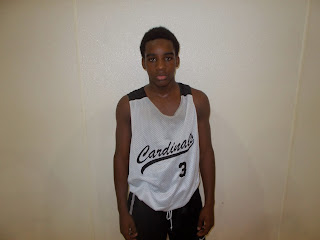 Tysheem Pickett Guard (PSA Cardinals)
Pickett is another quick guard in the PSA arsenal. He’s a pest on defense and provides another attacking guard on the offensive end. If he gets clicking PSA becomes a tough out. 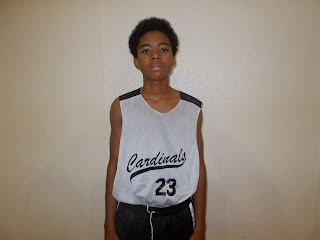 Brandon Weston Forward (PSA Cardinals)
Weston used his versatility to score and make plays for this NY squad. He’s one the tallest on the squad so he has the help out on the glass and defend some big opponents.
Posted by basketball spotlight at 1:56 PM