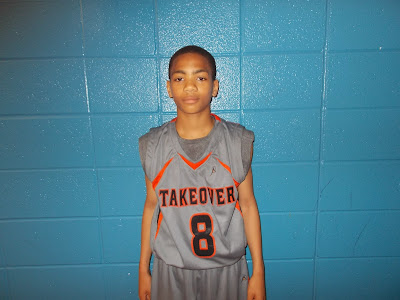 The 6th Grade Division of the AC Showcase was loaded with national teams and names. Here’s Part 2 of our look at the 6th Grade Top Performers.

Ishmael Leggett Guard (Team Takeover)- I pray for defenders that are responsible of slowing Leggett down because it’s a tough job. This kid is a tremendous scorer and player maker at the guard position. He flourishes in transition when back pedaling guards are trying to slow him down. I love his body control when scoring over shot blockers and his ability to score from all three levels. He pumped in a game high 20 points in their overtime thriller against GH Rising Stars. 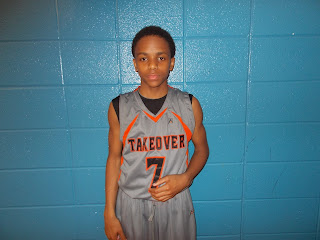 Justin Lykes Guard (Team Takeover)- Leggett running mate can also fill it up quickly. He has a good stroke from the perimeter and the confidence to let it go from anywhere. Justin scored 19 points in the big win versus GH Rising Stars and torched Team Nation for 24 points including 4 treys. He’s accustomed to the Spotlight’s bright stage which is why he stepped his game up. He helped guide them to the final four. 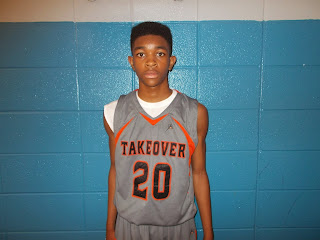 Jamal Barnes Forward (Team Takeover)- Barnes had an impressive weekend. I like how his uses his length on both ends of the floor. On offense he was able to score in traffic and finish off the break in transition. On defense he uses those arms to play the passing lane and intercept passes. He looks to be a serious prospect down the road. 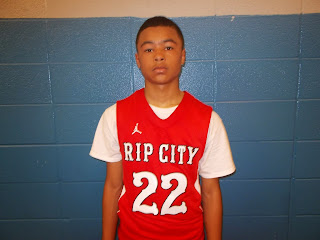 Kieves Turner Forward (RIP City)- The top newcomer had to be Turner. The versatile forward nicknamed Duece was a problem for everyone he faced. He displayed the total package in terms of size, scoring ability and feel for the game. He can grab the rebound and push the pill himself but making a great play. That means at this age it’s very difficult for anyone to slow him down. He had the best game of any 6th Grader when he dropped 35 points in their matchup with Team Glory. We will be keeping an eye on this kid. 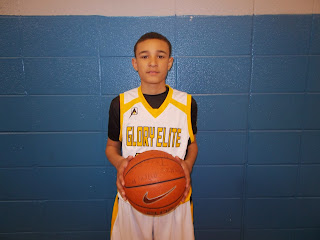 Dimingus Stephens Forward (Team Glory)- You have to love the way this kid boogies. His size makes him a definite matchup problem on this level. He’s natural scoring guard but can shoot and pass over top of most defenders. When they played Team IZOD he came up big with 24 points in the win. 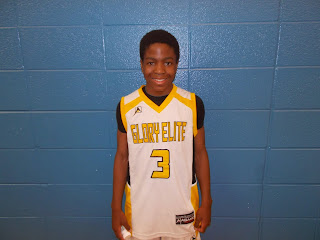 Zion Harmon Guard (Team Glory)- Arguably the top 5th Grader in the country continues to dominate on the 6th grade level. He’s shown the ability the score whenever he wants but against Rip City he scored 18 of his 26 points from the charity stripe. This means they had no answer for his dribble penetration. He also finished with 20 markers against a tough GH Rising Stars crew. 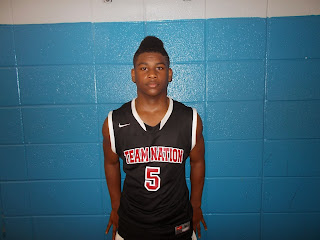 Nashaun Holmes Guard (Team Nation)- Holmes showed off his mid-range pull up game at the AC Showcase. He’s tough to guard because he charges the defender and once the back pedal he will pull up on the dime. When he has that dropping he has takeover the game potential. 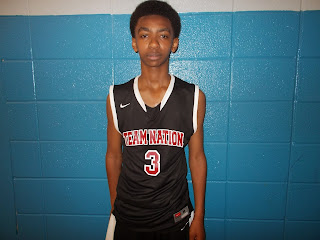 Trey Patterson Guard (Team Nation)- Patterson started the tournament with a spark as he blistered the Hilltoppers Heat with 20 points including two bombs from behind the arc. The smoothness of his game and poise on the floor makes me believe this kid will be one of the hottest names in years to come. 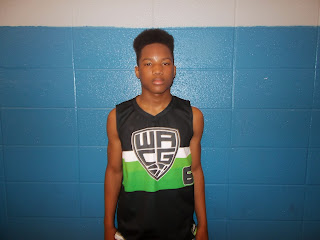 Lucky Dixon Forward (WACG)- The strong forward was a load to handle for anyone he faced. In his match-up versus IZOD he was a menace on the glass and made a living off put backs. He plays the game with high energy which usually results in good returns.
Posted by basketball spotlight at 8:52 AM