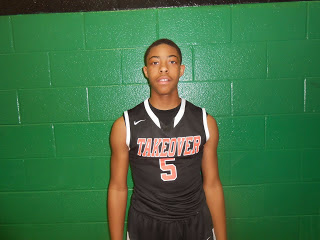 The 7th Grade Division has some serious ballers and some tight games. Here’s Part 1 of the top performers at the AC Showcase.

Justin Moore Guard (Team Takeover)- The Moore effect was on display again in AC. His presence makes them a national championship caliber squad. This weekend Moore dominated the AC Showcase. His body control and scoring ability cannot be matched on this level. He plays the game at his pace and no one can speed him. Once he gets into the lane he’s strong enough to bust through any secondary defense and crafty enough to finish difficult shots at the rim. Right now there’s no 7th Grader in the region more productive than this kid. 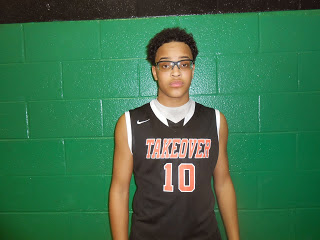 Terrence Williams Forward (Team Takeover)- Williams had a solid outing in AC. I think the size of the court affected his game because he couldn’t draw the opposing big man away from the basket. But the lack of room didn’t stop him from being productive in the paint and hitting the glass. He averaged close to double figures in caroms for the weekend. 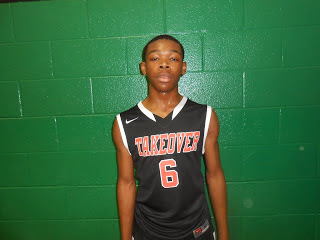 Anthony Harris Guard (Team Takeover)- When Harris enters the game TTO goes to another level on both ends of the floor. His penetrating style applies a lot of pressure to the defense because he can score or create for teammates. On the other end he’s a ball hawks with the strength to manipulate the movement of opposing ball handlers. 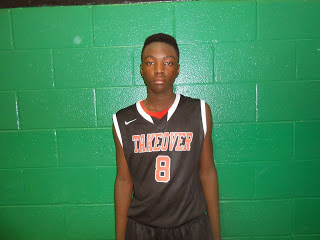 Josh Watts Guard (Team Takeover)- Watts showed me some spark especially in transition. He runs the floor like a deer and will finishes very quickly. TTO has a good group of prospects and I think this kid has a chance to be one of the special ones when it’s said and done. 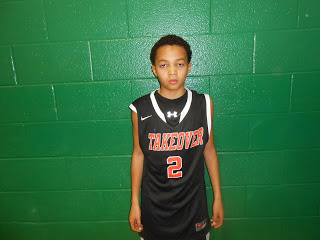 Tyler Brelsford Guard (Team Takeover)- I expected Brelsford to be effected with the narrow court but he figured it out. He was smart enough to stay away from the double teams and still run the show. His clutch lay-up down the stretch helped them defeat rival DC Premier in the championship. He had an efficient weekend.

Evan Buckley Guard (DC Premier)- Buckley runs the show for this rejuvenated bunch. He rarely turns the rock over and does get involved with the scoring load. One of his weapons is his trey ball. If you leave him open he will definitely make you pay. His presence has helped the Mitchell twins turn the corner.

Makhi Mitchell Forward (DC Premier)- Makhi looks more comfortable on the perimeter and more aggressive with his play. This aggression had him lead the team in scoring including 17 points vs. Team Final, 18 markers against Metro Flyers and 15 points in the finals against Team Takeover. He has to be regarded as one of the wing players in this class.

Mahkel Mitchell Forward (DC Premier)- The other Mitchell twin did most of his damage playing defense and crashing the boards. He also has turned the corner in terms of aggression and discipline on the floor. His high scoring game was 15 points against a big Metro Flyers team.
Posted by basketball spotlight at 12:58 PM