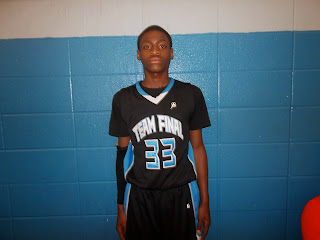 The 7th Grade Division has some serious ballers and some tight games. Here’s Part 2 of the top performers at the AC Showcase.

Khyree Temple Forward (Team Final)- This season Temple has been performing well under the radar but after the AC Showcase I think his cover has been blown. The kid was a monster in America’s Playground while helping them to the final four. He was determined on the glass while collecting rebounds from everywhere. In terms of scoring he had a field day including a 28 points outburst against WACG in their featured pool play matchup. Not many players on this level can match his motor. It’s ironic he wears #33 because he reminds me of a miniature Antwan Jamison during his North Carolina days. 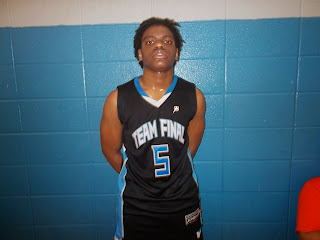 Shawn Johnson Guard (Team Final)- The linebacker looking guard used his strength to impact the game this weekend. He often carried defenders to the basket while finishing through contact. What makes him tough on this level is that he also hit the glass and helps on the boards. Johnson has some good wiggle in his game for a player his size. 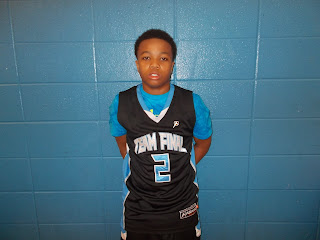 Fahmir Ali Guard (Team Final)- Ali still marvels me with his ability to score. He’s not the tallest or the quickest but he gets buckets from everywhere. He now has the floater working in his arsenal which is important when the defense closes out on his jumper quickly. His feel for the game helps him stay afloat against the superior athletes. 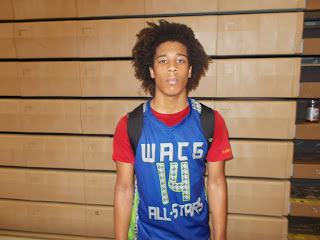 Tyger Campbell Guard (WACG)- Yes Campbell got busy on the 7th Grade level while guiding WACG to the final four. This explosive guard takes more of a scoring roll with this group. He hit up the Hilltoppers Heat for 23 points and clipped Expressions with 17 markers. He just plays the game at a different speed then his peers in 7th Grade. 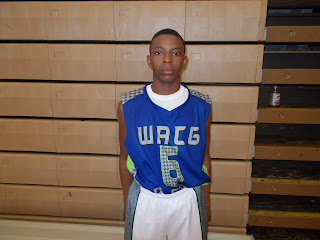 Lance Jones Guard (WACG)- Campbell’s backcourt mate also showed his had some game. I like his poise and feel for the game when handling the pill. He also can fill it up from the perimeter. He knocked down 4 treys on his way to 23 points in their loss to Team Final. He’s definitely a name I will keep in my prospect rolodex. 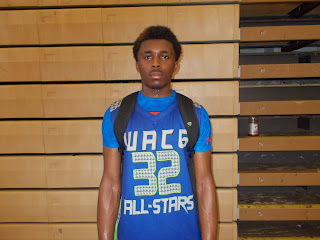 Shawn’Ke Knight (WACG)- Knight is an athletic bruiser inside. He rebounded with abundance and patrolled the lane for the Tennessee boys. He brings an intimidating attitude to this crew of players. The type of player every good team needs to get the job done.

Matt Cross Forward (Expressions)- Matt's size helped him impact the game against Team Final. He nailed 4 treys and ended with 20 points in their loss. I look forward to seeing how he develops over the next year.

Dontae Scott Forward (Team Nelson)- Losing Mikeal Jones has hurt Team Nelson title collections but it has helped Scott turn into a promising prospect. He now plays the game more free and isn’t afraid to make a mistake. The lanky forward also has developed more leadership skills while understanding their success falls on his shoulders.
Posted by basketball spotlight at 2:06 PM