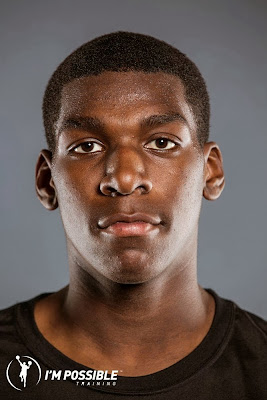 The Basketball Spotlight Clash For The Cup is in the books and it gave us some memorable moments. Now we will give you the Best Of The Best that we saw in Neptune.

Clash For The Cup Best Of The Best 8th Grade

Best Prospect: Nazi Reid (Team IZOD)
This statement has been repeated many times and Reid held it down once again. When the 6’7 prodigy turns on his motor he makes many scouts, high school coaches and maybe some college skippers salivate. If this kid continues to work hard and keep a humble mind the sky is the limit.

Best Floor General: Ja’Quaye James (Playaz)
James gets the nod after directing the Playaz back to the championship round. You can’t put a price on how much he impacts the game. He does whatever he teams needs to get the job done. NY has another pg they can add to the legendary blog roll.

Best Shooter: Will Engelhart (Gym Rats)
Will shoots the lights out and isn’t afraid of letting it go from deep. He instantly gave the Syracuse squad a weapon from behind the arc. He believes every shot he lets go will be going in.

Best Performance: Walter Talley vs. Playaz
Talley blacked out in the second half and helped Team Scan advance out of pool play. He was relentless when attacking the basket and just seemed to have everything falling.

Best Athlete: Scottie Lewis (Team RIO)
Besides dunking Lewis does some many other athletic things. He block shots, pushes the rock and even dives on the floor in pursuit. He’s one of the best athletes to come through our circuit.

Best Defender: Luther Muhammad (Team IZOD)
This kid terrorized ball handlers all weekend and let them know about it. He really takes pride in his defense which is very rare nowadays. He causes most point guards to throw the rock to a teammate instead of facing his heat.

Best Scorer: Jalen Carey (Rens)
I must say the NY youngster black out in two of the games which helped Rens reach the final four. He has a smooth game and showed the he can take to the next level in terms of putting the ball in the hole.

Best Kept Secret: Gym Rats (Syracuse)
The victory over 6th Man Warriors and causing the Rens to make a historic comeback proves that this team can lace them up against any team on the circuit. They are a stubborn crew that you can’t take for granted.