Clash For The Cup 7th Grade Preview: Who Really Wants It? 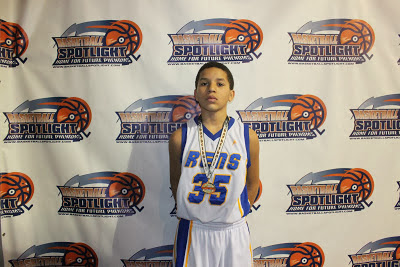 Since #1 Team RIO National has opted to play in the 8th Grade division the 7th Grade Bracket seems to be wide open. There are at least 8 teams that have a legitimate shot of winning the Clash. Here’s a breakdown of the teams in the building.

Team Takeover: TT moves into the favorite and it will be unique if they won the title because this talented group is still chasing their first picture behind the banner. Top ranked players include point guard Tyler Brelsford and forward Terrence “Big Smoove” Williams.

Rens: The Rens will have a lot to say about who wins the title. This gritty bunch is led by POY candidate Cole” The Natural” Anthony and his backcourt mate Judah McIntrye. They will be looking for that picture on Sunday.

Team Nelson: Look out because this is when the Mid Atlantic giants usually get rolling. Coach Hudson will be back at the helm while Donte Scott, Mark Bradshaw and newcomer Trevon Alderman will be leading the way.

CIA Bounce: The defending Clash For The Cup champs return hungry for some more gold. Taj-Jai Waiters has become a household name on the Spotlight circuit. We look for him to continue his dominance.

Metro Flyers: Metro Flyers will be looking for some redemption after not making out of the pool at the Tip Off Classic. They are coming off of a championship at the PAT tourney in NY. Let’s see how Dajuan Piper and Danny Rodriquez help them answer the bell.

6th Man Warriors: Tay “OMG” Allen is known to carry his team and the Warriors will be looking to capture their first Spotlight title. The pressure is on for the Virginia crew but I think they are up for the task.

MJ Mavericks: The duo of Travis Cumber and Shamar Florence will give the Mavs a fighting chance of beating anyone. Don’t sleep on this bunch they love to come out firing.

Team Final: TF has moved over to the big boys and if Famir Ali can catch fire they could be the surprise of the tournament. They look good at the MLK now they must survive the Clash.

Stay Tuned As We Bring You More Previews For The Clash.
Posted by basketball spotlight at 11:50 AM