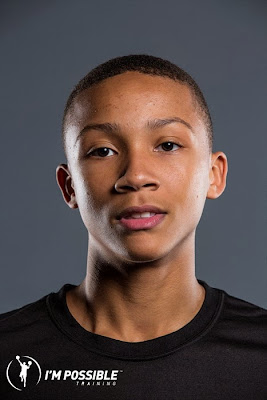 Germir Robinson Had A Huge Weekend

The Basketball Spotlight Clash For The Cup is in the books and it gave us some memorable moments. Now we will give you the Best Of The Best that we saw in Neptune.

Clash For The Cup Best Of The Best 7th Grade

Best Performer: Germir Robinson (Rens) Yes the kid brought his game this weekend and it helped the Rens take home the crown. I knew what I saw at the Super Skillcase was real.

Best Floor General: Judah McIntrye (Rens) Judah quarterbacked his crew to the title. He demands a lot from his teammates and they delivered down in Neptune.

Best Prospect: Brian Hall (Rens) Mark my words when this kid fills completely he’s going to be one best prospect from the New England area. They love the long wiry shooting guards.

Best Defender: Dejournal Cook (Metro Flyers) His presence inside changes the landscape of the team. He’s either blocking or altering shots around him. He’s also a beast on the boards.

Best Scorer: Tah-Jai Walters (CIA Bounce) The Canadian once again proved they he could get serious buckets. Once he gets going their not many that can slow him down.

Best Playmaker: Joel Brown (CIA Bounce) Brown knows how to make a play for himself or his teammate. His court vision is unique and his feel for the game stands out.

Best Athlete: Elijah Hicks (6th Man Warriors) Hicks spent the weekend flying through the air for the rock. I hear that he’s a big time wide receiver and I can believe it because he’s quick and can get up high.

Best Game: Metro Flyers vs. Rens This epic battle almost needed security. These New Yorkers went at it hard on the floor. This has definitely turned into a serious rivalry.